CCR Group, the state-backed French re/insurer, has announced the appointment of Vincent Gros, who joins as General Counsel, Board Secretary Legal Director and Head of Communication. 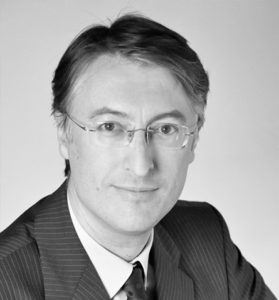 Gros joins with an extensive legal background, having worked for 15 years as General Secretary at Société Générale, managing several operations in France, the US and Japan.

In 2001, he became deputy Chief Executive Officer of Euroclear France and made a member of the Euroclear Group Management Team. He then joined the leading clearing house LCH Clearnet SA as General Secretary and Chief Risk Officer between 2007 and 2012.

Since July 2017, he has been a member of the Management Board of the French Deposit Guarantee Scheme Fonds de Garantie des Dépôts et de Résolution (FGDR) and of the Executive Committee of the International Association of Deposit Insurers, operating under the auspices of the Bank for International Settlements.

“In addition to excellent legal skills, he has a wide background in leadership positions and I am confident that he will prove a significant asset to CCR.

“I would also like to pay tribute to Hervé Barrois, who led our legal team with talent and expertise through some of the most important developments in our history. We wish him the very best in his new life.”