Corvus Insurance has named Oliver Delvos as its new head of international. 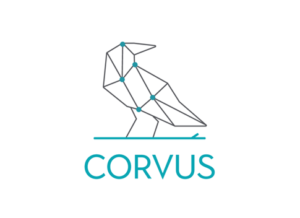 Delvos will be based in Frankfurt, Germany, in a role that is slated to begin in the summer.

In his new role, Delvos will develop and implement Corvus’s long-term operational and organisational strategy for territories outside of the US, with an initial focus on Continental Europe. He currently leads the global cyber underwriting team at Zurich Insurance Group.

In a statement, Phil Edmundson, CEO of Corvus, said: ““We’re thrilled to add Oliver to the Corvus leadership team later this year as we continue to expand our global presence. With his vast experience in European and Asian markets — as well as his experience in data and privacy risk — he’s well-positioned to lead Corvus’s international team and develop a winning global strategy.”

Delvos will lead Corvus’s Frankfurt office that is slated to open later in 2022. There, he will be tasked with building a global team of underwriters and other key personnel while developing risk capital structures for programs to support growth of Corvus’s international portfolio. The new team will have an initial focus on excess cyber placements across Continental Europe, expanding Corvus’s cyber capabilities and technology in order to support policyholders across the globe from cyber threats.

Corvus Insurance’s name has been prevalent in stories about cyber issues in recent weeks. Earlier this month, it acquired the platform Tarian from Beat Capital Partners. That is a cyber underwriting platform that provides solutions to the cyber risk environment.

That followed news in November that it had decided to use CyberCube’s portfolio management tools in order to better analyse and understand cyber risk, alongside an announcement in October that it was entering the FI market with a new data-driven suite.

A statement today from the company said that it was looking to expand into the global market for cyber insurance. It said: “As cybercrime continues to erase borders, the addition of Delvos to the Corvus team is a key part of its expansion into the global market. Corvus kicked off 2022 with its acquisition of Tarian Underwriting Limited, a leading cyber underwriting platform that underwrites on behalf of a consortium of Lloyd’s syndicates with an international footprint covering the UK, US, Middle East, Canada, and Australia.”