Trade credit insurance market losses due to the Covid-19 pandemic could reach as high as $46 billion, with reinsurers perhaps taking as much as 30% of the hit, according to analysts at Morgan Stanley.

The analysts said in a report that their initial estimate for losses to primary credit insurers is between around $15 billion to as much as $46 billion over the next couple of years.

Based on historical data from primary insurers, the analysts believe that the trade credit reinsurance marketplace could pick up anywhere between 20% and 30% of the ultimate claims burden.

The majority of the global trade credit insurance exposure is in the European marketplace, with the major European insurers writing the lions share, dominated by Euler Hermes (owned by Allianz), Coface and Atradius (owned by Catalana Occidente).

Morgan Stanley’s equity analysts believe that losses per $ of exposure equivalent to what was seen in 2008 and 2009 (combined) implies a market loss of $22.4 billion, which could see primary insurers paying just under $19.5 billion of claims after the announced government intervention measures.

With Morgan Stanley’s economists forecasting that Euro area GDP could fall by a huge 11% in 2020, the analysts said that an unscientific estimate would be for 2.5x’s the GDP hit of 2008 and so perhaps 2.5x’s the trade credit insurance losses.

On the reinsurance side, quota shares are likely to take the bulk, but excess of loss capacity has also increased with niche products offering trade credit insurers reinsurance protection.

A number of specialty reinsurers have significant trade credit exposure, including Bermudian player AXIS Capital that writes a book of business in Europe and is likely carrying relatively significant exposure as a result.

The analysts said that while there is a chance losses rise towards the upper-end of their estimates, they see the ultimate impact currently in the lower-half of the range.

But if the GDP hit continues, or there is a second wave of Covid-19, then trade credit insurance losses would be expected to keep rising over the next two years. 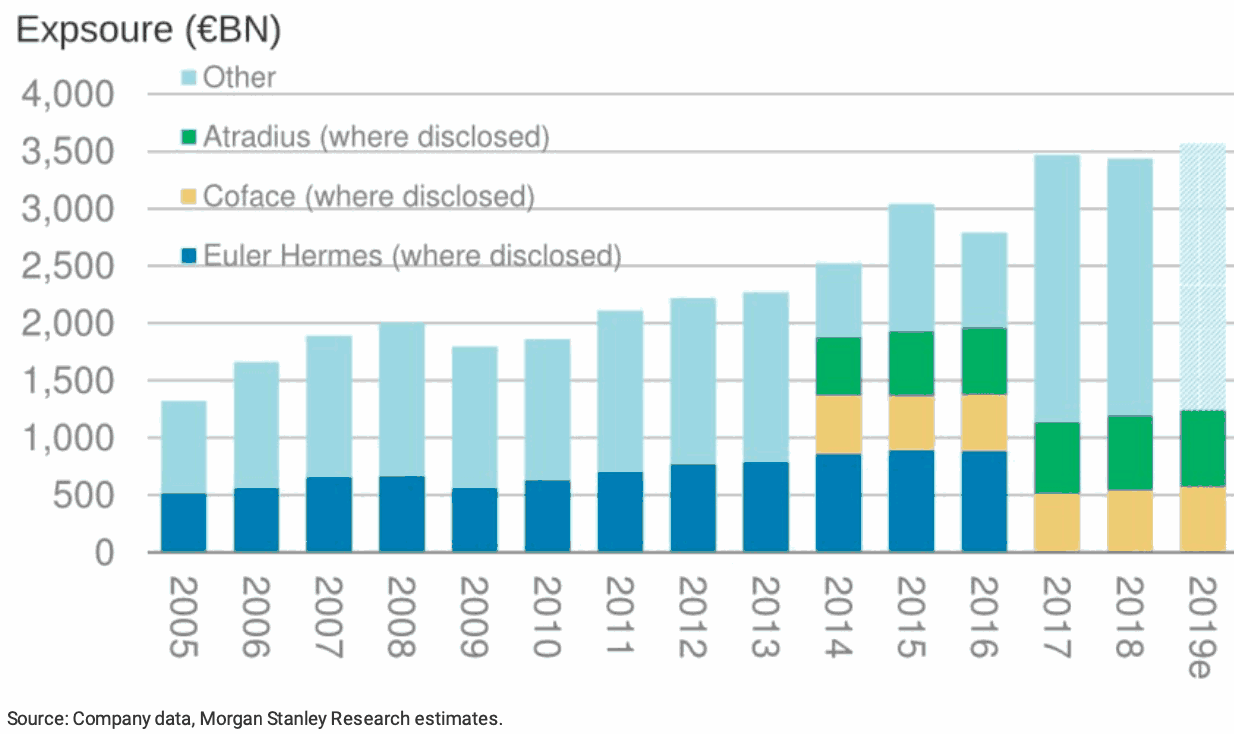 The analysts estimate global trade credit insurance industry exposure to be some €3.6 trillion at year-end 2019.