With 2020 closing as the biggest year to date in insurtech funding, Willis Re’s Andrew Johnston has said that the COVID-19 pandemic pushed the re/insurance industry to digitize in a way that “no other imperative or initiative” could have. 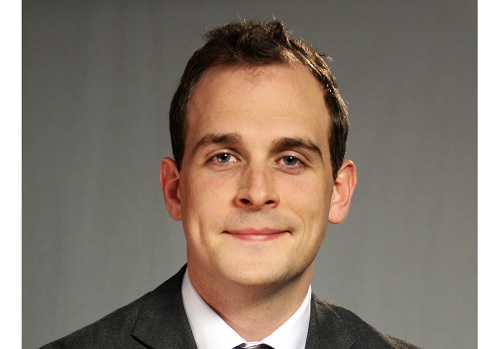 Johnston, who serves as Global Head of Insurtech at Willis Re, the reinsurance broking arm of Willis Towers Watson, recently spoke to Reinsurance News about the state of the insurtech market in 2020.

His comments came alongside the release of the Q4 Quarterly Insurtech Briefing by Willis Towers Watson.

The report showed that global insurtech investment reached a record $7.1 billion last year despite substantial challenges to the re/insurance sector.

Remarkably, these figures were reached even after a relatively slow start to year, which, according to Johnston, indicates there is “no lack of appetite or funds to invest into insurance technology.”

“Insurance companies seem to be making the most of the opportunity to invest in technology, whether it’s to support core operational strategies, or to acquire technology through M&A or partnering,” Johnston told Reinsurance News.

“I think the overall message is that there is no other imperative or initiative which could have really pushed the industry to digitize in the same way that COVID did. Any insurance company that was questioning the true value of technology, is probably not questioning it to the same extent anymore.”

However, the Willis Re exec did warn that the COVID crisis may still cause a lot of short-term uncertainty for insurtechs that are relatively nascent or thinly capitalised.

This concern was reflected in the smaller proportion of early stage deals seen over Q4, when the fundraising landscape was dominated by larger, more established insurtech firms.

But looking at 2020 as a whole, Johnston felt that there was no shortage of capital available to either early or late stage insurtechs, with “middle ground” investments instead facing the biggest challenge.

“I don’t think that there’s a drying up at the earlier stage,” Johnston maintained. “I think it’s actually crossing the gap which has been troublesome over 2020. But that’s natural in investments, right? That middle ground is the highest risk, because you’re starting to part with real money. Yet the companies are still relatively unproven and that’s where the real V in venture comes from. That’s the real risk area.”

Looking ahead, Johnston expects this dynamic to continue, as re/insurers and other investors chase different strategies to improve tech capabilities in the industry.

“We will see a continuation of investment and a continuation of that gap of people being prepared to spend a lot of money writing hundreds of checks and throwing a very wide net over the opportunity to return,” he said. “And then on the other hand, it will be people that are writing one or two very large checks to make the most of proven technology.

In the short term, Johnston also predicts an increase in IPOs while the relatively “bullish appetite” from the public market to invest in insurance technology persists.

Asked whether larger re/insurers could face challenges from smaller tech savvy players, Johnston acknowledged: “I don’t think anyone’s immune to being disrupted irrespective of size. Everybody is in the food chain somewhere, whether they want to admit it or not.”

However, he added that compared to those companies with very large market shares, there is generally a lack of competitive advantage from an insurtech perspective.

Instead he suggested that the optimal state is one where re/insurers and insurtechs can work together to “share the opportunity” that has been created by the growing focus on tech.

“Insurers are buying tech companies who have proven capabilities, but still want to mould them in their own image,” Johnston noted. “I think it’s true that there are fewer instances of insurers and reinsurers trying to do everything themselves. I think the value and the cost associated with that is quite limited – people are waking up to that.”

On the topic of new opportunities, Johnston also pointed to the changes in the working environment due to the pandemic, which are altering the fundamental underling tenets of certain risks classes.

“We’re seeing a huge rise in the gig economy, in small and medium sized businesses and a reduction in things like travel, motor and auto,” he said. “So it’ll be interesting to see how the industry responds to opportunities like that. I think technology can play a massive role in this.”

The focus of WTW’s Q4 Insurtech report was the Life, Accident & Health (LAH) sector, which has been under the spotlight over 2020 due to its role in responding to the global health crisis.

The broker identified the three biggest potential areas within LAH insurtech as the use of wearables and biometric devices, better use of available data from electronic health records, and genomes and genomic mapping.

“While there are some InsurTechs already in this space, the extent to which incumbents are benefiting from this (through partnerships etc.) is still relatively nascent,” Johnston told Reinsurance News.

“Five years down the line, however, it could be a very different story,” he explained. “That’s kind of where we feel companies who offer LAH products and services should be heading. At the moment, most of the investment is going into tele-medical InsurTechs, companies that are distributing great products, companies that are looking to make otherwise quite cumbersome policies understandable or to put doctors in direct contact with patients.”

“They’re redefining the face of Life and Health insurance. There’s this amazing amount of data that can be derived from wearables through existing records and through genomics, which we think is step two.”

Specialist insurer Hiscox has appointed Stéphane Flaquet as its Chief Transformation Officer for the Group. In this new role Flaquet,...