Current mergers and acquisitions (M&A) trends in the re/insurance industry are creating more space for pure reinsurers and medium players like CCR Re to offer improved services to clients, according to Bertrand Labilloy, Chief Executive Officer (CEO) of CCR, the state-back French reinsurer. 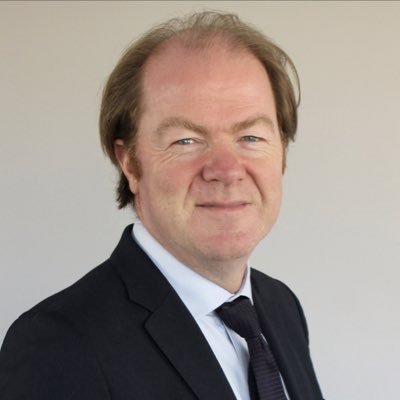 Speaking in an interview with Reinsurance News, Labilloy identified a number of significant movements in the current market, including a “trend to concentration” that is “blurring the borders between direct insurance and reinsurance.”

He pointed to examples such as the acquisition of XL Group by AXA and Covéa’s recent bid to take over SCOR, suggesting that the market is likely to see more of these kinds of deals going forward.

“It leaves some additional space for pure reinsurance players and medium players like CCR Re to provide for each cedant more bespoke, more reactive, more agile offers, and more proximity,” Labilloy told Reinsurance News. “This is our bet and we are doing our best to meet our clients’ needs on that basis.

He suggested that this kind of consolidation activity is to be expected in a global industry such as reinsurance, but that it becomes particularly prevalent in negative times when prices are not high enough, and when there is pressure on margins.

However, he maintained that, whilst there will generally be a trend towards a smaller number of larger companies, there will still be a demand for the services offered by medium-sized reinsurance players.

“I don’t think the feature of the reinsurance market will rely only upon a small number of players because it’s not in the interest of cedants,” Labilloy explained. “They want to maintain a certain level of competition in the market and they will maintain diversification in their reinsurance program.”

Labilloy’s comments echo the view of Argo Group CEO Mark E. Watson III, who recently said in a Letter to Shareholders that “the time is precisely right” to be a mid-sized re/insurer due to current market conditions and the pace of technological change.

These factors are also influencing the strategy of CCR, with Labilloy stressing that “digitalisation and technology are very important for a medium player such as CCR Re” and highlighting many areas where the company is integrating automation and data processing tech.

“We are also thinking about intelligent app systems, such as chatbot type systems that are able to enter requests from customers and to perform actions on different parts of our information system,” Labilloy said. “The idea is to accompany and streamline the customer and user journey.”

Going forward, CCR Re plans to work on its profitability and the performance and efficiency of its platform in order to be able to capitalise on new market opportunities in the coming years.

“We have been transforming the company for the last three years,” Labilloy said. “We can see for the time being the outcome of this strategy not in the turnover or the size or the volume of our business portfolio, because we are not chasing the premiums.”

The company also posted a combined ratio of below 100%, which compares with nearly 105% at year-end 2017, and is “in line with the recent implementation plan aimed at working on the profitability and the risk diversification.”

Global insurance and reinsurance broker Willis Towers Watson welcomes this week’s decision by the International Accounting Standards Board (IASB) to...