Hiscox Chairman and Deputy Chairman of Lloyd’s Robert Childs has explained how supporting the market’s modernisation Blueprint was a given, considering its need to adapt. 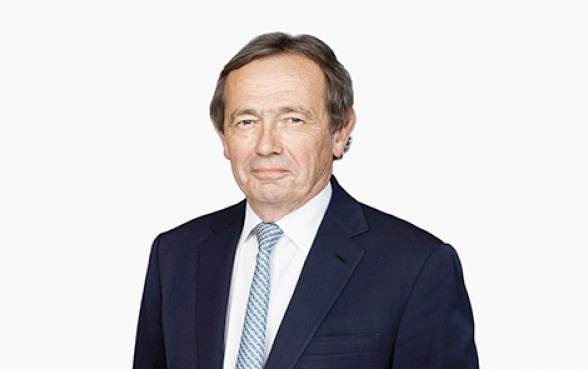 Childs, speaking yesterday in Bermuda at the PwC Insurance Summit, was asked about Lloyd’s mission to become increasingly efficient and drive change through the insurance and reinsurance marketplace.

Childs explained that it’s a question of cost in the market chain.

“It’s a question of the modernisation of our business and the saving of money.

“Lloyd’s is going to have to address its distribution. There’s been a lot of discussion today on cost and where the money is going to be saved. But if Lloyd’s does not address this it’s going to be a serious problem for us and the market.

“So, we are going to have to reduce our costs of doing business for the customer,” Childs said.

Lloyd’s Blueprint One was released recently, following the process undertaken to identify necessary modernisation initiatives in the Future at Lloyd’s work.

“In some ways I would say that the decision to support the Lloyd’s Blueprint is very easy, because there is no choice,” he explained.

Asked where the cost savings are likely to come from and how quickly, Childs said the process could be slow and challenging.

“I think it will be a continual improvement and the cost savings will inevitably go to the client,” he explained.

Adding, “What’s going to happen is it’s going to be a very slow grind, squeezing the margins out.”

He went on to say that Hiscox’s insurance business has “vast volumes of data” but said this is currently underutilised.

Saying, “It’s how we get hold of that data and make better use of it. That’s all about providing cheaper products, better products but it’s all got to be done through improving the distribution system.”

He went on to say that as this happens scale will be important, but so too will the brand and reputation of an insurance or reinsurance business, with strong brands such as Lloyd’s and Hiscox able to pull through the process of modernisation and adding efficiencies that are required.

It’s the “power of the brand” he explained, “building trust and reputation.”

Asked where costs can be taken out of the system and how technology will play a role in changing Hiscox and the industry in terms of efficiency, Childs said, “I don’t see this as a revolutionary change for us,” but implied that an iterative approach to bringing new and advanced technology into the business is more likely to deliver wins.

It seems he believes it will be a long slog for the industry to get to where it needs to be, saying, “In the short term I think the cost doesn’t come out. You have to invest a lot of money in order to get the returns.”

Change is clearly front of mind and recognised as essential in order for Lloyd’s to position itself for the future and Hiscox wants to be right at the forefront of benefiting from that, it seems.

Markets have no choice but to modernise and in driving forwards with the Blueprint Lloyd’s is trying to lead the way, taking large players such as Hiscox along with them.

But any failure to deliver could result in more focus returning to these large re/insurance company platforms, so as a result Lloyd’s has got to get it right.

Lloyd’s of London has announced ambitious plans to create a single governing body for the Corporation and market by merging...