A new report by Aon Commercial Risk Solutions (US) has found that public Directors’ and Officers’ (D&O) liability pricing continued to increase through the second quarter of 2021.

The pricing index of D&O insurance increased to 1.84 from 1.43 in the previous quarter, while the average cost of $1 million in limits increased by 28.7% compared to the prior year quarter.

However, the Q2 results were significantly impacted by two very large renewals, while roughly 10% of the programs tracked by Aon were initial public offering (IPO) programs.

Excluding the two large renewals, and the IPOs, the pricing index increased by 7.7% over the last quarter. 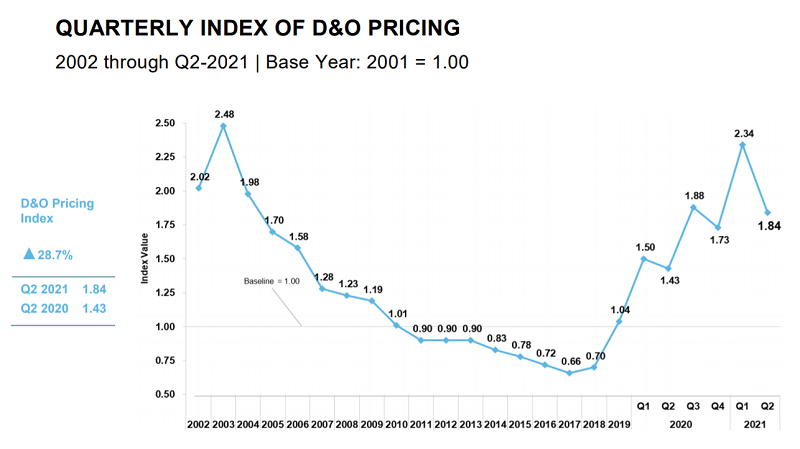 The increase in Q2 represents the fourteenth consecutive quarter of year-over-year price increases, following a period of eighteen quarterly pricing decreases over the prior four years.

Over the three-month period, Aon reported that only around 3% of primary policies renewing with the same limit and deductible experienced a price decrease, while 93% saw a price increase.

And the overall price change for primary policies renewing with the same limit and deductible was up by 14.2%.