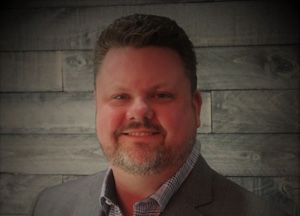 Hay is expected to play a vital underwriting oversight role at the company as it looks to expand its capabilities to maximise the value it offers both policyholders and independent agents.

He will also be tasked with oversight of process innovation to modernise and streamline the underwriting process via the use of new technologies and enhanced data analytics, in support of the insurer’s strategic goal to produce continued profitable growth.

Joining from insurance and reinsurance brokerage WTW, where for the past several years he served as Senior Director in the Insurance Consulting and Technology division, Hay brings more than 25 years of personal and commercial lines experience to his new role.

His career in the industry began with Nationwide, where he held a variety of personal lines actuarial leadership roles. He later joined The Hartford, where he served in numerous positions, including as Head of Product Management and Underwriting for Personal Lines, Chief Actuary of Small Commercial, Head of Field Underwriting Financial Management and oversight of the Project Management Office for Middle Market Commercial.

Kevin G. Burke, President and Chief Executive Officer (CEO) of Donegal Group Inc., commented: “We are excited to welcome Jeff Hay to our senior leadership team. We have added experienced industry talent to our professional team as we implement our vision for both personal lines and commercial lines. We appointed Kristi Altshuler as our SVP and Chief Analytics Officer in March 2019, and she has assembled a team of talented industry professionals that has greatly enhanced our data analytics and modeling capabilities.

“We expect to leverage Jeff’s expertise to accelerate our development of innovative underwriting strategies and further expand our capabilities. Jeff brings extensive industry knowledge to Donegal, along with a strong track record of successfully leading transformative operational change in his prior roles. Our entire team is collaborating to strategically modernize our organization, and we look forward to Jeff’s contributions to that ongoing effort.”