As the world emerges from the COVID-19 pandemic and turns its attention back towards the impending threat of climate change, Swiss Re’s Chief Investment Officer (CIO), Guido Fürer, has said that the economic case for moving towards net zero carbon emissions is “irresistible.” 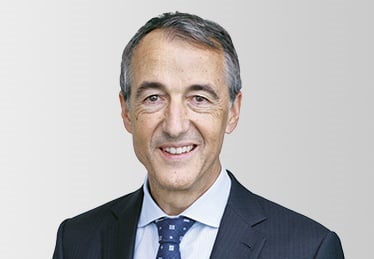 Speaking at Swiss Re’s 2021 Media Day lasat month, Fürer acknowledged that climate change has been “creeping up in the background” while countries have been pre-occupied fighting COVID, and now represents “on of the biggest challenges we face as a society.”

But while the pandemic may have temporarily distracted policymakers from the imminent danger of the climate crisis, Swiss Re’s CIO says that it has also provided valuable lessons that can be re-applied as attentions are re-focused.

“What’s very important out of the COVID-19 crisis, is clearly a recognition that if we have a concerted action by the public sector and private sector, we can move mountains,” Fürer told attendees at the Media Day. “Who would have thought, five years ago, that we are able to basically develop a vaccine within 12 months, with already an application which is quite far spread in many countries.”

As a reinsurer, Swiss Re engages with the issue of climate transition on both sides of its balance sheet, both as an investor and through its insurance offerings.

The most recent commitment as part of the company’s efforts to transition to net zero emissions includes a target to fully phase-out thermal coal in treaty re/insurance by 2040.

“As a global reinsurer, we face climate risk every day, both in frequency and also severity. That’s why we are fully supportive of a transformation and transition of the global economy,” Fürer explained.

Also speaking at the Media Day event, Veronica Scotti, Chairperson for Swiss Re Public Sector Solutions asserted that: “The first thing that we need to understand is that this orderly transition towards a low carbon economy cannot happen in a vacuum.”

“But at the moment we’re actually witnessing a shift in our belief sets. And clearly, uncertainty triggered by climate, the loss of biodiversity, questions around a more inclusive economic model, a fairer economic model, are strongly on the rise,” Scotti continued.

“At the same time, the laws and the policies that we all operate and are regulated by, haven’t fully adapted yet. And, so, that creates a lot of uncertainty for businesses to operate in and we all know that market signal is a very important predictive of where the changes are going to go.”

Swiss Re’s Re Public Sector Solutions team is thus actively working with governments around the world to bring impetus to the importance of developing very holistic answers to very complex systemic issues.

“We should not forget that governments themselves are carrying a lot of risks because of the economic activities they carry out, and the assets that they own themselves, they’re actually risk owners as much as everyone else in society,” said Scotti. “And they tend to be the least protected or cognisant about the extent of those risks. So they are also a potential client for us to actually help with appropriate risk measures.”

“For those who have operated with a risk informed approach, we actually know that effective adaptation can make a huge difference. We’re talking about saving about a 5th or 6th of the cost if we take an action before versus after the event. So the economics, as Guido referred to, are very, very clear.”

The Missouri Department of Commerce and Insurance (DCI) has issued a new Earthquake Insurance Market Report that shows earthquake coverage...