Enstar president lines up retirement for next year

Enstar president Paul O’Shea is set to retire next year after nearly three decades with the firm. 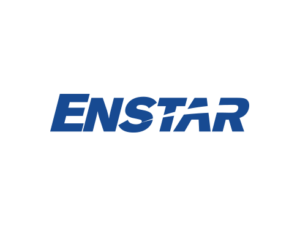 According to a statement from Enstar, O’Shea will remain as a member of the board of directors of Enstar. David Ni, who joined Enstar in 2019 as EVP of M&A and was appointed chief strategy officer in May 2022, will lead the company’s M&A activity going forward.

Dominic Silvester, CEO of Enstar, said: “One of the best decisions in my career was asking Paul to join me at Castlewood Limited back in 1994. We have worked together through the many challenges of growing Enstar, from a niche start-up into the leading global run-off specialist it is today. Paul’s ability to focus on delivering solutions together with his skill and dedication has been an essential part of successfully completing 113 run-off deals and acquiring more than $42bn in insurance and reinsurance assets since formation. At the same time, Paul has helped to build a strong leadership team to ensure Enstar can continue to deliver successful outcomes from our future pipeline of opportunities.”

He added: “On behalf of myself, the Board of Directors, and our 830-plus employees, I thank Paul for his dedication and support. We are delighted that he will remain with us as a director and wish him much happiness in his well-deserved retirement.”

Among Enstar’s operational highlights was its transaction with Aspen to assume $3.1bn of net loss reserves in a loss portfolio transfer transaction, subject to a limit of $3.6bn. It also cited that he redemption and subsequent liquidation of the InRe Fund in 2021 and its raising of $500m of junior subordinated debt at 5.5%, using a portion of the net proceeds to repay the remaining $280m aggregate principal amount of its 2022 senior notes at their March 2022 maturity.

In addition, Enstar today announced that Orla Gregory will become CFO after joining the board of directors in February. She will work closely with deputy CFO and chief accounting officer Mike Murphy and group treasurer Matt Kirk. Her previous responsibilities as COO will be divided between chief claims officer Paul Brockman and chief of business operations Laurence Plumb.