A collective of 73 environmental organisations has penned a letter to 30 global re/insurance companies urging them to rule out any insurance services for Adani Group’s Carmichael coal mine and associated rail project in Queensland, Australia. 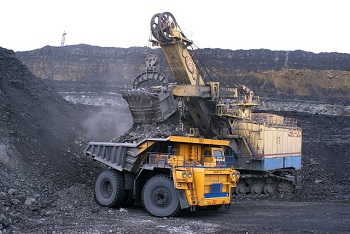 The organisations, which collectively represent 76 million members, hope to build on the momentum of recent announcements by Swiss Re, Generali, Zurich, Allianz, AXA, Scor, and Munich Re, who have all said they will not re/insure new coal mines and plants.

Adani has already been forced to self-finance the Carmichael mine after 37 global financial institutions, including all of Australia’s major banks, rejected any involvement in the controversial project.

Data from campaign group Unfriend Coal shows that over one third of the reinsurance market has now restricted its cover for the global coal industry, while at least 19 re/insurers with more than $6 trillion in assets have now divested from coal, representing 20% of the industry’s global assets.

The movement has largely been led by companies in Europe, and pressure is now mounting for re/insurers in other regions to follow suit, particularly in the U.S, where none of the leading re/insurers have yet taken action on coal.

According to Unfriend Coal’s analysis, Swiss Re currently has the most comprehensive policies on coal re/insurance and divestment, as the reinsurer has ended its investments and reinsurance services for companies that rely on coal for more than 30% of their mining income or power generation.

The letter was coordinated by Australian NGO Market Forces, US NGO Rainforest Action Network, and the international Unfriend Coal campaign, with Greenpeace, Japan Center for a Sustainable Environment and Society, Re:Common and urgewald.

Julien Vincent, Executive Director of Market Forces, commented on the appeal: “Insurance companies are facing an existential threat from climate change, so they should be lining up to rule out support for a project that would open up one of the world’s largest untapped coal reserves. With Adani claiming to fund the Carmichael project itself, it could be the decision of a major insurer that decides whether this climate-wrecking project goes ahead.”

“The world’s insurers must follow the banks’ lead and publicly rule out any insurance services for the mine’s construction and operation,” added Toby Thorpe, a grassroots leader with the Australian Youth Climate Coalition. “Young people across Australia are watching.”