German life portfolios in run-off to increase in next 5 years: Fitch

Fitch said Generali’s recently announced plans to put its largest German life entity, Generali Leben, into run-off in the first quarter of 2018, confirms its predictions for a significant increase in German life insurance portfolios in run-off over the next five years. 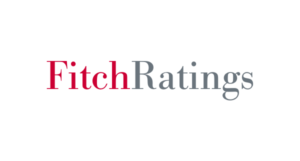 Given the size of the Generali Leben portfolio, Fitch predicts the total market volume in run-off could reach up to €180 billion (US$212bn) by 2022.

Fitch said this trend is driven by low investment yields and higher capital requirements under Solvency II putting pressure on the profitability of traditional products with minimum guaranteed returns.

Generali’s restructuring is expected to increase group economic solvency by 1.7%, and the solvency of Generali Deutschland by 26%, as well as free up resources to support German market growth in other segments.

Fitch explained that carriers have become increasingly attracted to the run-off portfolio strategy as it can help strengthen profitability and solvency; “Without the need to attract new business firms will generally make only the legal or contractual minimum bonus payments.”

In addition, firms make savings from falling acquisition and administrative costs, as no new business is being written for those portfolios; “If the insurer uses third-party distribution channels the impact will be immediate and the only remaining acquisition costs will be those related to after-sales services.”

“Administrative costs are likely to fall in the short-term, but could become a burden in the longer term as the underlying portfolio shrinks. This could encourage more portfolios to be transferred to specialist run-off platforms that can benefit from economies of scale.”

However, Fitch cautioned that the lack of an ongoing franchise for life insurers in run-off carries additional risks, and could reduce ability to develop profitable new business and create potential challenges in raising capital if needed.

Fitch estimates the Generali portfolio run-off will grow the total proportion of the German life insurance sector in run-off from 9% to 13% – 130 billion Euros.

As part of a continued restructuring of its German operations, Generali said it may consider placing further assets into run-off.