Typhoon Hagibis, which carved a path of destruction along the east coast of Japan over the weekend, could prove to be more costly than last month’s Typhoon Faxai, according to Keefe, Bruyette & Woods analysts. 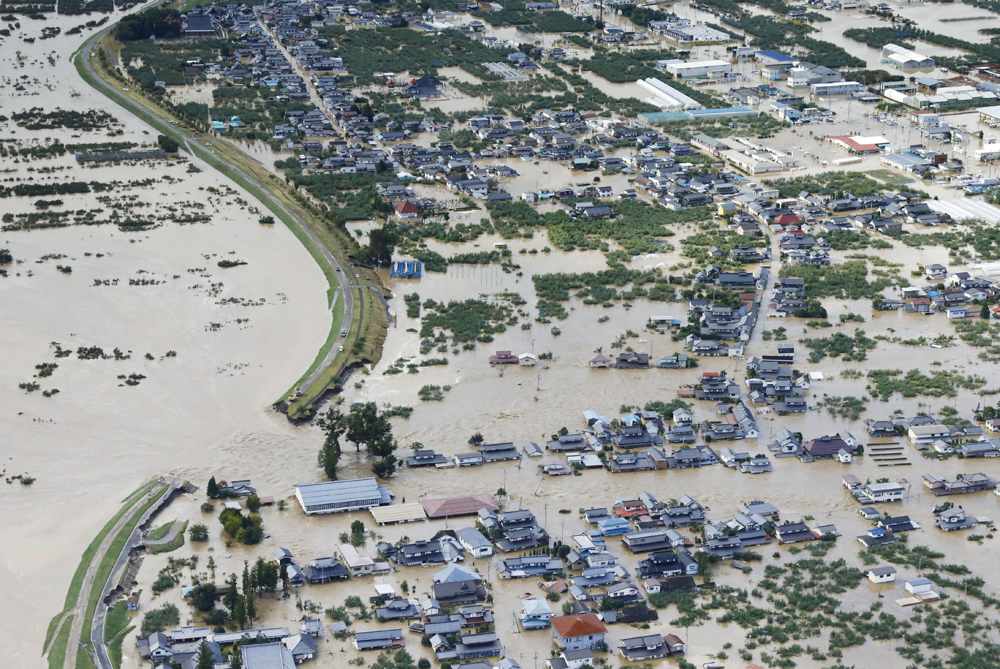 Image of Nagano from Kyodo agency (via Japan Today)

Hagibis made landfall along Japan’s east coast as a category 2 on Saturday evening, carving a more prolonged path along the coastline than the category 4 Faxai did.

The most recent insured loss estimate from global risk modelling and analytics firm RMS estimated Faxai’s insured losses at between $5 billion and $9 billion.

In addition, analysts are expecting 2019’s typhoons to produce material losses for Japan-exposed re/insurers, which should sustain or even accelerate reinsurance rate increases during the country’s next April 1 renewal season.

At the time of publishing close to 92,000 households remain without power due to Hagibis, a figure which stood closer to 262,000 on Sunday.

Over 100,000 rescue workers continue to search for survivors, which so far has claimed 40 lives.

KBW also expects sustained reinsurance rate increases to continue to bolster the Bermudian players, and has maintained its Outperform ratings on Arch Capital, AXIS, Renaissance Re, and Third Point Re.

Reports are currently estimating that Hagibis inundated certain areas on the country with 40% of average annual rainfall, causing at least 25 rivers to burst their banks and vast areas of land to flood.

Tokyo and its surrounding prefectures were left relatively unscathed, with the capital’s flood defences seeming to have held back the waters from causing even more significant damage.