Lloyd’s Members’ agency Hampden Agencies Limited has announced a series of changes to its board, including Sarah Wilton as chair, and Elizabeth Fullerton-Rome as independent non-executive director and chair of the audit and risk committee. 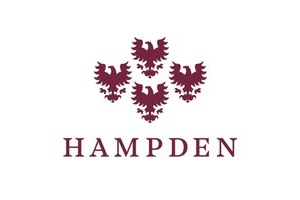 Effective immediately, the appointments coincide with HAL’s undertaking of a significant increase in demand for capital investment into Lloyd’s.

Wilton’s appointment is a fixed three-year contract and previously worked as a director at Lloyd’s of London for eight years and joined HAL as non-executive director in 2008.

After eight years overseeing the delivery of strategic developments, she has been promoted to chair.

She is also non-executive director and chair of audit and risk committee at Capita Managing Agency.

Fullerton-Rome will replace Wilton as independent non-executive director and chair of the audit and risk committee.

She joins with over 26 years’ experience in the UK and international financial sector and previously advised organisations such as Great American International Insurance (GAII), HM Revenue and Customs, and the Taxation Disciplinary Board.

“The Board and I are delighted by these appointments. We look forward to working alongside such experienced and knowledgeable individuals, who are both highly respected in their respective fields and we look forward to their valuable contributions and perspective to the Board’s deliberations and strategic vision,” said Neil Smith, Chief Executive Officer of HAL.

“I am confident that they will further add to the existing strengths of the Board and ensure that our governance arrangements continue to be effective and indeed are subject to continued independent challenge.”

Commenting on her appointment, Wilton added, “I look forward to continuing to work with Hampden in this new role, assisting them in maintaining the excellent standards for which they are known, as they develop the business further.”

Fullerton-Rome added, “With an array of experience working in the insurance industry and the broader financial services sector, I am well placed to help Hampden Agencies in achieving their strategic goals. I look forward to joining the team and supporting them in their future endeavours.”

Moody’s has warned that US life re/insurers face the potential for rating downgrades due to pandemic-related exposures in their fixed...