Horseshoe Re promotes Francis to President

Horseshoe Re has announced the promotion of Yulanda Francis from Senior Vice President (SVP) to President. 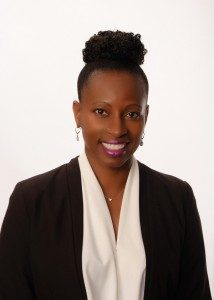 As well as serving as President she’ll retain her current responsibilities for client serving, with the treasury and underwriting teams reporting to her.

Francis will report directly to Andre Perez, Chief Executive Officer (CEO) of Horseshoe Group, who welcomed Francis to her new role; “In continuing to focus on internal structural efficiencies, we have reallocated some of the resources internally which we believe will make Horseshoe Re’s operations more streamlined.

“As part of this restructuring, I am pleased to announce that Yulanda Francis has been promoted to the position of president of Horseshoe Re. Her unwavering dedication to provide an outstanding level of service to our clients and her expertise in collateralised reinsurance make her a highly respected professional among her peers.”

Francis has been with Horseshoe since 2008, and was instrumental in establishing Horseshoe Re, now one of the largest independent insurance-linked securities (ILS) transformers in the world.

In a new World Economic Forum-led initiative, re/insurers, tech firms, and government representatives will collaborate to develop strategies for the...