How catastrophe events can affect elections: Q&A with PCS’s Johansmeyer

So far, there hasn’t been a catastrophe that has directly affected a U.S. presidential election, but as highlighted by Hurricane Zeta in October of last year, there’s clearly potential for major events to impact society more broadly. 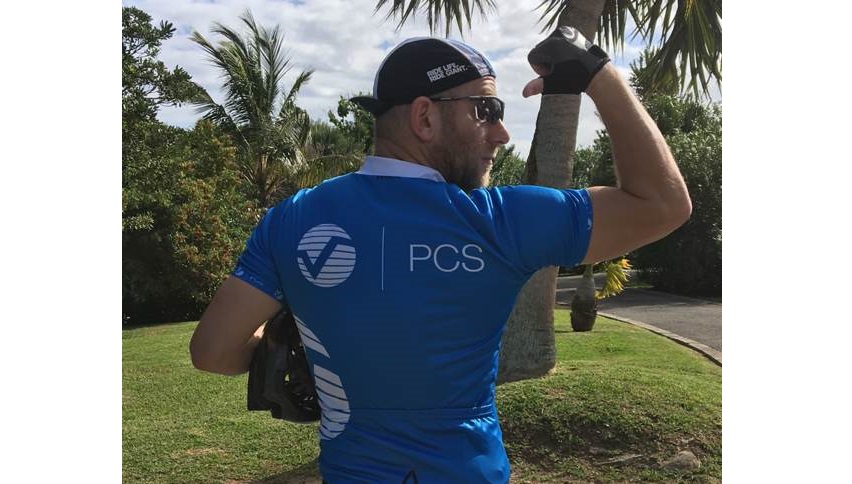 In reality, not that many states in the U.S. are prone to large catastrophes and in order for an event to impact a presidential election, for example by hindering voter access, timing is also important.

But as insurers and reinsurers are well aware, remote events do occur and with event frequency and severity on the rise, alongside shifting demographics, an election-changing catastrophe is worth consideration.

In light of this, and after a record-breaking Atlantic hurricane season and record voter turnout for the 2020 U.S. presidential election, we spoke with Tom Johansmeyer, Head of Property Claims Services (PCS), about the potential impacts of a large storm during an election year.

Q: In your recent report, Could a Single Storm Change an Election?, the title itself asks a question that I’m surprised hasn’t been asked yet. What made you ask it?

A: Well, it all comes down to Hurricane Zeta. As you know, the PCS team has processes for the ongoing monitoring of weather activity for potential catastrophe events. When we see a storm forming that could be significant, we begin to work with our supporting insurers to make sure we designate a catastrophe as soon as appropriate (if appropriate at all). And particularly in October last year, we were keeping a close eye on conditions that could result in riot and civil disorder events of a magnitude sufficient to warrant catastrophe designation. Zeta caught our attention for both reasons.

In addition to being a large hurricane with the potential for catastrophe designation, the timing was important. The storm looked like it was going to pass through Georgia and North Carolina (which it did) right before the U.S. presidential election. Not only could it conceivably have affected voter access and turnout, the storm also could have had knock-on effects from access issues related to riot and civil disorder. Of course, in the end, the storm passed through quickly and didn’t  create access issues, but it got us thinking more broadly about the impact of catastrophes on society, as well as how catastrophes could drive riot and civil disorder risk.

Q: So, to be clear, there hasn’t been a catastrophe that has directly affected a U.S. presidential election.

A: Based on our research, that’s correct. We took a look at October and pre-election day November catastrophes in the United States going back to 1952. And frankly, there wasn’t much. We only saw reasonably significant catastrophes ahead of elections in 1964, 1968, 1996, 2012, 2016, and 2020. And we had to get pretty generous with our subjective view of “significant” even to build the dataset we did. From there, you’d need to look at which of those catastrophes threatened states where there was only a narrow gap between the two candidates. There wasn’t much. 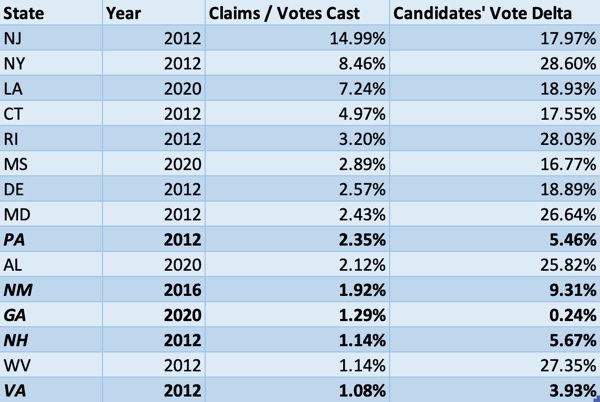 But, it’s hard not to look at the issue and not worry. You can see all the ingredients arise over the past 69 years, they just haven’t  fomented at the same time. It’s hard to believe that we’ll always get that lucky, particularly when there have been plenty of natural events that have shaped the outcome of history. It’s worth understanding the risk and managing it, particularly when it’s so easy to see what could happen.

Q: What are the ingredients of an election-changing catastrophe event?

A: First, it has to be big enough to disrupt the movement of people. I remember living in Hoboken for Superstorm Sandy. Claims professionals weren’t allowed access for a few days. Water and fuel trucks were brought in. Power was out for five days. Traffic was gridlocked with folks coming to check on their homes – or attempting to check on their businesses (non-residents weren’t allowed in). Next, the event would have to come during an election year, soon enough before the election for access issues  are resolved, and in a state where the vote gap between the candidates is very small.

There aren’t many states prone to large catastrophes. Only California, Florida, Louisiana, and New York have had multiple events of more than US$5 billion in PCS history. Some of those states have shown demographic changes over the past few years or can tend to move more fluidly between political parties, but only Florida has been settled by a razor-thin margins since 2000.

Q: Given how hard it would be for an election-changing catastrophe to happen, why is this worth looking at?

A: Remote events do happen. That’s why reinsurance and retro exist. And if it’s worth managing catastrophe risk in an ILS portfolio, it’s certainly worth managing within the context of a presidential election. That’s the obvious part. There’s another implication that’s subtle and arguably riskier. Demographics. We’ve seen that some states once believed to solidly “belong” to one party or the other are changing. The pre-pandemic trend of Millennials moving to cities (and retirees doing the same) may have shifted to a post-pandemic trend of urban departure, although it’s really too soon to tell. But what matters here is that people move. And they don’t just move within their home state. Over time, more catastrophe-prone states could become relevant in the election/catastrophe risk context.

Amwins Group, the independent wholesale distributor of specialty insurance products in the US, has completed the acquisition of broker Worldwide...