International human rights groups are pressing re/insurers tied to the 2018 dam collapse in southern Laos to help make compensation available for victims of the disaster, according to reports from Nikkei. 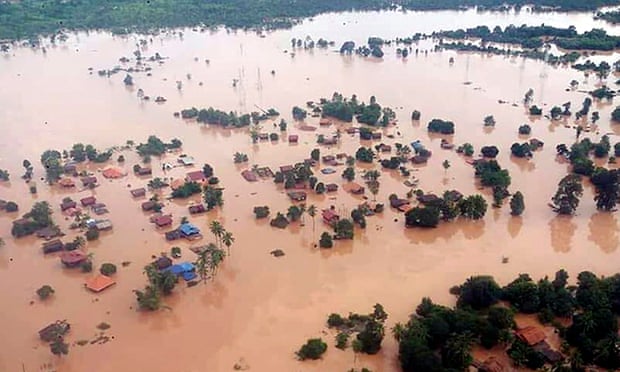 AIG, Samsung Fire & Marine, and Korean Re are among the companies expected to face some exposure to accident, with analysts suggesting that they may hold about $50 million in liability coverage between them.

The dam in question collapsed on July 23 last year, with the resultant flooding causing 71 deaths and catastrophic damage to crops and property, with many thousands still living in displacement camps.

The Laos government is conducting an ongoing inquiry into the incident, but officials have pointed to erosion of the dam’s foundation as a possible cause.

Now, human rights groups Inclusive Development International (IDI) and International Rivers are urging for the re/insurers and governments involved in the project to establish a fund to help affected villagers, Nikkei said.

“The four project developers that made this project possible and will profit from it for years to come are ultimately responsible for the collapse,” David Pred, executive director of IDI, told the publication. “They must repair the grave harm that they caused to thousands of people in Laos and Cambodia.”

Following the collapse, relatives of those killed received a one-time payment of $10,000, while other affected families received $70, and hard-hit villages were provided with a monthly allowance of $30 by the government.

SK Engineering, the construction company behind the dam, told Nikkei that it paid compensation to the families of those killed, and said it will actively cooperate in the compensation process for other victims after insurance companies complete their own investigations.

However, rights groups claims that most affected people are unaware of the existence of this coverage or their right to claim, and urged re/insurers to help ensure victims receive assistance.