Hurricane Eta insured losses expected to be minimal: AM Best

The insurance industry losses from the impacts of Hurricane Eta are expected to be minimal and contained, according to analysis by ratings agency AM Best. 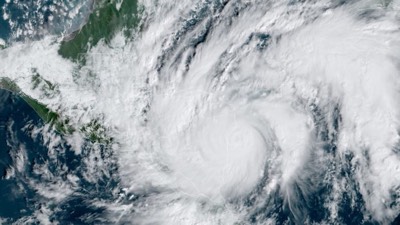 Hurricane Eta made landfall on November 3rd, 2020 as a strong Category 4 storm south of Puerto Cabezas, a coastal community of more than 60,000 people which sits in the northern part of Nicaragua.

The storm resulted in catastrophic wind damage, as well as intense rainfall and landslides, and a trajectory that will take Eta through the capital, Managua, and also Honduras, El Salvador, and southern parts of Mexico. While Eta has weakened to a tropical storm, there’s a chance for the storm to reemerge as it tracks over the Caribbean Sea and makes a second landfall in south Florida.

As noted by AM Best, so far, few casualties have been reported and evacuation plans have been put in place in certain regions. However, the storm did drive material flooding events which AM Best says are similar to Hurricane Mitch in 1998, while the storm surge from Eta is expected to be within the 18-foot range of Hurricane Felix in 2007.

“Damage to infrastructure and housing is expected to be severe, in light of the wooden homes of mostly indigenous people,” says AM Best.

Insurance penetration in many of the regions along Eta’s path is extremely low or non-existence, while many of these same regions continue to endure poverty and limited resources already exacerbated by COVID-19.

“Thus, AM Best expects minimum insurance losses to ensue from the hurricane. Although it is still too early to gauge overall losses, AM Best expects net losses after reinsurance to have a minimal impact on the bottom line of the region’s insurance companies, given that catastrophe risk retention remains at conservative levels,” explains the ratings agency.

Furthermore, notes AM Best, reduced claims frequency owing to the pandemic and lockdowns could cushion insurance companies from losses stemming from Eta, ultimately enabling them to maintain consistent levels of profitability.

Cost of employer health benefits to be impacted by COVID-19: Mercer Marsh

According to a report by Mercer Marsh Benefits (MMB), the delivery of healthcare and lasting changes to work patterns resulting...