Catastrophe risk modeller Karen Clark & Company (KCC) has estimated that insured losses from Hurricane Henri, which impacted parts of the US Northeast earlier this week, will be close to $155 million. 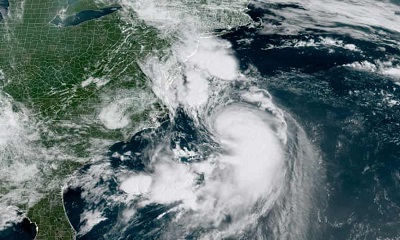 Henri made landfall in Rhode Island as a tropical storm on August 22nd, bringing storm surge that flooded streets and powerful winds that tore down trees and power lines.

Though it degraded before landfall, KCC notes that Henri briefly gained hurricane status and was the third hurricane of the 2021 Atlantic hurricane season

The storm arrived near Westerley, Rhode Island with sustained wind speeds of 60mph, but underwent a steady weakening after making landfall and moving slowly northwestward across central Connecticut and into New York.

Notably, Henri was the first named storm to make landfall in Rhode Island since Hurricane Bob in 1991.

Analysts observed that Henri’s decrease in intensity before landfall allowed the northeastern US to avoid much of the damage that was originally forecast for the region. And the shift in track direction, which took Henri through Connecticut and into New York, led to reduced impacts in Massachusetts, as the strongest winds did not reach Boston or Cape Cod.

Much of the wind damage that occurred in the impacted areas was the result of downed trees and powerlines, with the most powerful wind speeds recorded near Plum Island, New York.

However, low-level winds extended inland, and tree damage was reported throughout Rhode Island, eastern Connecticut, and central and southern Massachusetts. More than 100,000 customers lost power as a result of the storm.

As a result, floodwater inundated homes, businesses, and roadways and submerged vehicles in multiple New Jersey counties such as Middlesex, Bergen, and Essex, and several major roadways were flooded in parts of Connecticut, including in Manchester and Vernon.