The Insurance Council of Australia (ICA) says it is working with the New South Wales Government to understand the severe weather and flooding currently impacting large parts of the region, particularly around the Mid-North Coast and Hawkesbury-Nepean. 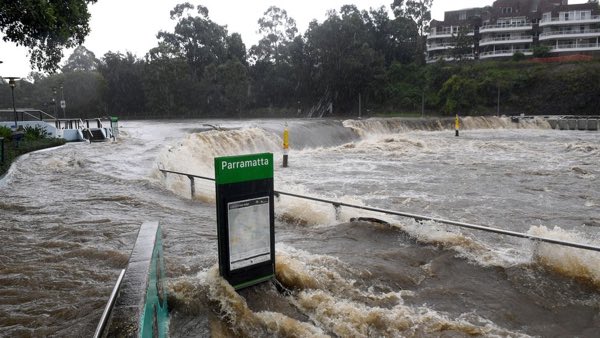 The ICA has also declared a catastrophe for large parts of NSW, following the evacuation of around 18,000 residents as a result of widespread and intense rainfall.

Market sources suggest an insurance industry loss of more than A$1 billion could be seen, with the worst still anticipated over the next two days.

Days of torrential downpours have prompted rivers and dams to overflow around Sydney and in south-east Queensland.

Increased rainfall, strong winds, damaging surf and abnormally high tides have been forecast by Australia’s Bureau of Meteorology for Tuesday.

Additionally, The Warragamba Dam, Sydney’s main water source, has been seen spilling over for the first time in five years.

The dam reached a peak daily discharge on Sunday of 500 gigalitres – equivalent to the volume of Sydney Harbour – before falling back to 300 GL on Monday.

Insurers are reported to have received storm-related claims over the last four days, however it is still too early to estimate the damage bill as many communities remain isolated.

The ICA adds that insurance assessors are standing by to move into these communities once the flood waters recede.

“The volume and intensity of rain that has fallen in the past few days has caused damage over a huge area of NSW,” said Andrew Hall, Chief Executive Officer, ICA.

“Insurers are assisting customers with their claims to help alleviate the stress and uncertainty associated with this unfolding weather event.

“Insurers have placed disaster response specialists on standby to move into affected communities and assist customers with claims as soon as it is safe to do so.”

Fairfax looks to take Singapore Re fully private under 100% ownership

Fairfax Asia Limited, the Asian holding company for operating entities of Fairfax Group in the region, has made a voluntary...