American insurer Travelers’ losses and results overview shows the company had a net income of $621 million in Q4 2018, which included a pre-tax catastrophe loss of $610 million, increasing from $499 million in the prior year quarter. 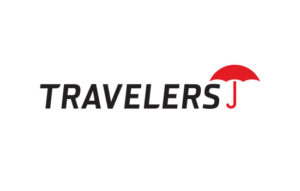 The firm reported increased after-tax cat losses of $1.4 billion for the full-year, driven by the winter storms in the eastern U.S, hurricane Florence, wind and hail storms in several regions of the U.S and mudslides in California.

Travelers’ Q4 net income of $621 million compares to $551 million in the prior year quarter. For the full year, the company achieved record net written premiums of $27.7 billion, and net income of $2.523 billion, an increase of $467 million due to higher core income and the $129 million charge in the prior year related to the passage of the Tax Cuts and Jobs Act (TCJA), partially offset by lower net realised investment gains.

The firm’s Q4 combined ratio of 97.5% increased 2% due to lower net favourable prior year reserve development and a higher 1.3% impact from catastrophe losses, partially offset by a lower underlying 1.3% CR.

For the full-year, the insurer’s CR of 96.9% improved 1% due to lower cat losses of 1.3% and a slightly lower underlying CR of 0.1%, partially offset by lower net favourable prior year reserve development of 0.4%.

Coverage for, and contributions to the $1.3 billion retention from, hurricanes and earthquakes are limited to $250 million per event.

In addition, the company has renewed its corporate catastrophe EoL reinsurance treaty, covering the accumulation of certain property losses arising from one or multiple occurrences.

Qualifying losses for each occurrence are after a $100 million deductible.