First quarter data released by the Board of Placing Platform Limited (PPL) shows increased adoption levels across Lloyd’s syndicates, whereas uptake among International Underwriting Association (IUA) companies fell behind the strong numbers put up in the previous quarter. 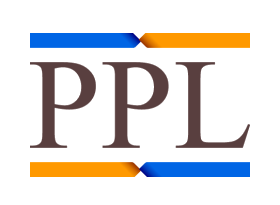 Data shows that Lloyd’s syndicates, led in the rankings by Liberty Managing Agency Limited 4472, accepted 45% of in-scope risks in Q1 2019, an increase of 6% from the previous quarter.

80% of syndicates met or exceeded the target, a 4% increase from the previous quarter.

“2019 has seen a strong start for e-placement across the market,” said Bronek Masojada, Chair of the PPL Board.

“We have had a sharp increase in the numbers of brokers signing up and risks bound across all lines of business have risen this quarter.

“Nevertheless, the rate of growth is flattening and we cannot afford to get complacent if we want to reap the benefits of time and resource everyone has invested so far.”

In contrast to Lloyd’s – and following strong uptake in the final quarter of 2018 – the number of IUA companies signed up to PPL accepted an average of 32% of in scope risks, a downturn from the 41% posted last quarter.

Furthermore, only 38% of IUA companies measured, met or exceeded the target, down from 53% in the previous quarter.

IUA Chief Executive, Dave Matcham, stated that, while a number of new affiliate companies have signed up to the platform, a number have been established for Brexit purposes and “may not yet be fully operational.”

He added that other areas have seen a natural drop from the, “large amounts of year end business placed during the fourth quarter.”

“There is, however, a strong desire to see the platform fully utilised from quote to bind in order to secure maximum benefits,” Matcham added.

John Neal, Lloyd’s Chief Executive, added, “Simplifying access and lowering the costs of doing business at Lloyd’s are central to our strategy to build the future at Lloyd’s.”

“The fact that the numbers of syndicates and their levels of activity in electronic placement are growing every quarter is evidence that we have the foundations in place to reshape the market into a future-focused and highly responsive platform which provides better value and support to the changing and diverse needs of our global customers.”

In addition, the Board of the London and International Insurance Brokers’ Association (LIIBA) released data showing the number of risks bound to have risen six-fold in the last year, with a sizeable proportion of that activity being driven by international brokers.

“The significant uptake since April 2017 is very pleasing, but what is especially gratifying is that the wider membership is increasingly the engine room for this growth,” explained Christopher Croft, CEO of LIIBA.

“Our larger members led the initial charge and continue to expand their usage but our aim was.”