Jim Bichard, Global Insurance Leader for PwC, has warned that inflationary challenges could “absolutely dominate” the insurance and reinsurance landscape in the near future. 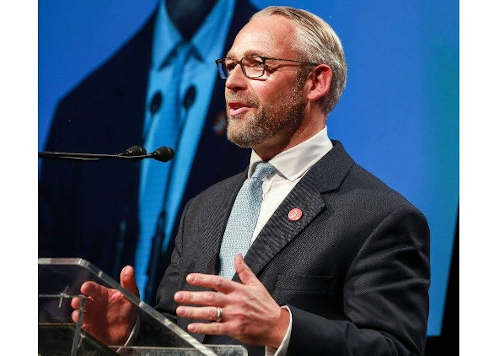 Speaking to Reinsurance News at the recent RVS 2022 event in Monte Carlo, Bichard identified the main trends under discussion as the scarcity of available reinsurance capacity and the threat of inflation.

Both points, he noted, are concerning because the reinsurance industry is still failing to cover its cost of capital, when view on a five-year weighted basis.

“In fact it’s quite a long way short,” he told Reinsurance News. “And obviously 2021 was a better year, but not amazing. It was the first profitable year for quite a while. But not in every territory and not in every line of business. So if you can only make a profit one year in the last five, and on a rolling basis you’re not covering your cost of capital, then you could argue there’s still room for upward movement.”

PwC is therefore expecting to see further upwards pressure on price both in retrocession and in reinsurance at the upcoming January 1 renewals, as underwriters remain disciplined and continue to hold back in lines where rates still aren’t considered adequate.

However, the extent to which inflation needs to be priced into renewal discussions still remains uncertain, with Bichard dismissing the idea that challenges could be balanced out by an accompanying rise in interest rates.

“We haven’t had this level of inflation for 30 to 40 years,” he said. “So you’ve got to be pretty careful to say it’s fine because it’s going to be offset by interest rates. If you’ve got inflation at 12%, even if interest rates are at 5-6%, which in itself is so much more than we’ve experienced in recent memory, then that’s still a big delta there.”

“That level of inflation is something that most people in the market will have never experienced in their working life … I don’t think we know exactly how that’s going to play out,” he continued.

“But has that flowed through to the reinsurance costs yet? I don’t think it has yet in terms of loss costs for reinsurers. So I think we’re yet to see the impact of that. So inflation is a really big factor.”

Summing up the positive and negative factors likely to influence the reinsurance market next year then, Bichard pointed to a favourable loss experience and strong pricing levels on one hand, and to inflation, interest rates and geopolitical uncertainty on the other.

“Those aren’t all equal points, though,” he warned. “Inflation could absolutely dominate. It could be a really big deal in terms of the way it’s felt, not just in wages, but also in supply chains. It’s a big topic.”