Insurance Europe, the European re/insurance federation, has highlighted a series of trade and market access barriers that could amplify risks in Argentina, Brazil, Canada, India and Indonesia for European insurers. 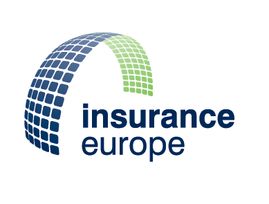 The federation emphasised the importance of removing these barriers as it is vital to reduce protection gaps and to avoid dangerous concentrations of risk in these jurisdictions.

“Removing these barriers is vital to reduce protection gaps and to avoid dangerous concentrations of risk in these jurisdictions,” Insurance Europe noted.

“Furthermore, to avoid a build-up of climate-related risks in any one jurisdiction and to facilitate the sharing of natural catastrophe risk across global (re)insurance markets, it is more important than ever that discriminatory barriers to trade and market access are removed,” the federation added.

Barriers in Brazil include restrictions on the reinsurance and retrocession limits applicable to cessions to occasional reinsurers, minimum insurance retentions by local cedants and their right to first refusal of business.

Brazil’s barriers exist despite some positive developments regarding the registration and licensing of foreign reinsurers, according to the Insurance Europe report.

Canada’s review of its reinsurance regulatory framework concluded in early 2022. The final guidelines, the report noted, include several potential market access barriers to foreign reinsurers that conduct business on a cross-border basis.

According to Insurance Europe, this could increase Canada’s protection gap, as reinsurance capacity could be reduced significantly.

Once implemented, the Office of the Superintendent of Financial Institutions (OSFI) guidelines will create an unlevel playing field between registered and non-registered reinsurance, in favour of the former.

India has recently introduced new restrictions on foreign investments. The federation pointed out that this represents a worsening of the framework for foreign reinsurers, in contradiction with the Indian Government’s commitments and its objective to encourage growth and long-term investment in the Indian insurance market.

Regarding Indonesia, even though the country is gradually moving towards the liberalisation of market access for foreign re/insurers, new market access rules could create an uneven playing field between foreign reinsurers and affect the internal risk policies of international insurance groups.