It’s on the market to fix coverage & contract interpretation issues: Kitson, Convex Re

The pandemic has shone a light on the broadening of terms and conditions (T&Cs) and increased ambiguity of policy wordings that occurred throughout the soft market, and with litigation expected to persist, it’s on the re/insurance market to fix the issue, said Heather Kitson, Deputy Chief Executive Officer (CEO) at Convex Re. 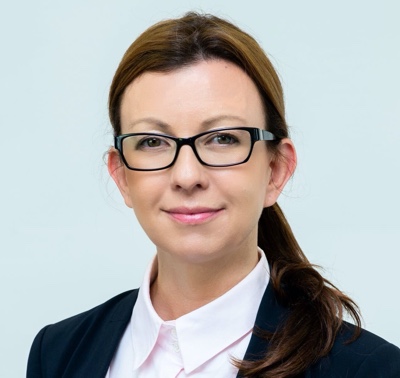 “Unfortunately, I think coverage and contract interpretation issues are likely to be played out in the courts for several years to come, across the direct reinsurance and retro wordings,” said Kitson, speaking on a panel dedicated to T&Cs at Prospectus 2021.

The issues surrounding business interruption (BI) coverage following the outbreak and subsequent lockdowns around the world has been a constant topic of debate across the risk transfer industry.

While in the U.S., for example, specific, exclusionary language on the back of previous outbreaks of infectious diseases has mitigated ambiguity and uncertainty within re/insurance contracts, in other parts of the world, notably the UK, there appears to be more room for interpretation.

In light of this, the UK’s Financial Conduct Authority (FCA) announced in May intentions to obtain a court declaration to resolve contractual uncertainty in BI insurance cover relating to the pandemic.

On September 15th, the UK’s High Court passed its long-awaited judgement on the BI insurance test case, ruling in favour of policyholders on the majority of key issues.

Unsurprisingly, an appeal process followed and on November 19th, the UK Supreme Court concluded hearing appeals in connection with the case, but said that it was unable to guarantee that the judgement would be available before Christmas.

“While it’s tempting to think that there’d be a silver bullet court decision, I’m afraid to say there’s likely going to be some more legal action in the future, and each case is going to turn on the specific wordings of the policy in question,” continued Kitson.

She continued to note that when a carrier is required to call in lawyers to work out what was actually meant in the policy, it’s likely something has already gone wrong.

“It’s up to us as a market and for everybody in the value chain to fix some of these uncertainties for our clients. And, also to manage the risk of our portfolios as a whole. I agree with earlier comments in terms of really focusing in on named perils, and, frankly, less is more. We want our contracts to do what they say on the tin,” explained Kitson.

In Kitson’s mind, the less words the better. But, she continued, while it’s relatively simple to describe earthquake by a measurement of the shaking of the ground, for example, it’s a far greater challenge to actually define the pandemic or communicable diseases by way of efficient exclusions.

“Certainly, we at Convex have seen that brokers have been on the front foot this renewal season, in terms of sending across draft exclusions for communicable diseases and these have been absolute.

“But, these will probably take some further refinement and crafting. We are starting to see some convergence on some wordings which means that we don’t have to reinvent the wheel each discussion.

“I think, if deals are done, and the wordings of these exclusions are a condition precedent to conclusion of the contract, we are in danger of getting into the murky waters of contract certainty,” said Kitson.

Adding: “In summary, the market has suffered losses, which was unanticipated. Going forwards into the renewal year, whether it be with wildfires or whether it be with losses arising out of the pandemic, which were unintended, we’re looking to either exclude or make very clear what coverage is available. And, I think we’ll probably see the evolution of some product innovation, not only in the traditional reinsurance market but also the insurance-linked securities (ILS) market.”