The January 2021 reinsurance renewal season is largely concluded and while the overall perception from the market appears to be that pricing was adequate, it’s clear that momentum stalled as the year drew to a close. 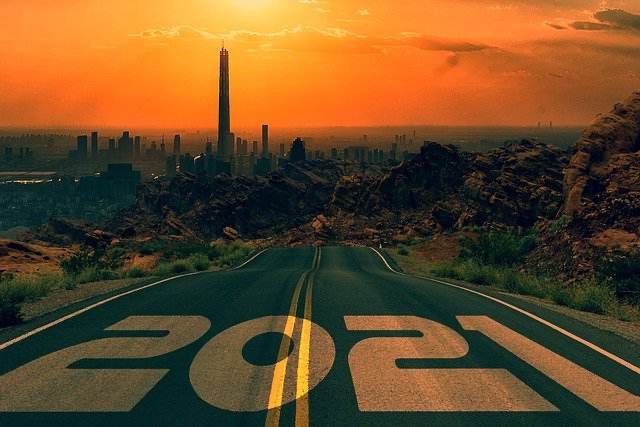 We say largely concluded as there are some programs that remain unfilled, particularly in the more challenged areas of the reinsurance market, so particularly loss-affected, aggregate layers and retrocession towers.

We’re also told that there will be shortfall opportunities over the next few weeks, as some cedents and reinsurance buyers will be looking to close gaps in their protection programs.

In some cases these have been purposefully left unfilled, in the hope of easier conditions once the bulk of the renewals were over. In others these are where demand and risk appetite failed to meet.

Overall though, adequate is a word widely quoted by underwriters and brokers in the reinsurance market, while cedents are in many cases pleased that conditions weren’t as challenging as had been previously predicted.

Conditions did differ, depending on where protection was sought. With some areas of reinsurance much closer to flat, in terms of pricing, while others saw rate increases into the double-digit percentages.

We’re told certain aggregate layers and retrocession programs have commanded rate increases of 20% or more, on a risk-adjusted basis.

But, while rates had been hoped to rise by well into the double-digits broadly across reinsurance, the reality of these renewals wasn’t quite as impressive.

Low to mid single digit increases were seen widely though, particularly important in certain areas of the market such as large European reinsurance programs where rates have been steadily declining over recent years.

Here, any increase is seen as adequate by most. Although some still feel that European property catastrophe reinsurance towers remain underpriced and continue to under-weight that segment for now.

Casualty reinsurance renewals again saw significant differentiation, with those most impacted by social inflationary factors, as well as reserve challenges, seen as the cedents who paid the highest increases.

In casualty lines it seems pockets saw really quite large price increases, as reinsurance markets sought to elevate the rate environment to a degree that they see as more long-term profitable.

Profitability has been a watchword in our discussions with reinsurance markets around this January 2021 renewal, as the market appeared to widely acknowledge the need for rates to rise to a level where profitability is more sustainable over the longer-term.

While price rises of 20% and upwards have been seen, in pockets of the retrocessional reinsurance market, cedents have utilised their ability to be more flexible on what they buy and how they manage their inwards exposures so as to moderate the overall pricing impact.

In addition, we understand some retro cedents have delayed purchases, particularly those designed to cover the U.S. wind season. Hoping to come back in the next few months to top-up layers and buy wind specific hedging products.

Overall, the adequacy of price increases has been broadly acknowledged and while disappointment is a key theme, as many reinsurance markets had been looking for higher increases earlier in the negotiations, for many the fact the renewals have been relatively orderly is seen as a positive (even if pricing wasn’t as high as hoped for).

Reinsurance capital is, as ever, going to come up for a lot of discussion in the coming days and weeks.

Start-up capital has been blamed for moderating reinsurance rate momentum, alongside recapitalised incumbents.

Many have called the reinsurance market a marketplace for incumbents at this time. But, as ever, it’s also a marketplace where start-up capital impacts the rate environment and start-up appetite for deploying capital has an impact as well.

We’re told some of the new reinsurance start-ups have shown a great deal of discipline in how they’ve deployed their capital at the January 2021 renewals. But we’re also told some have not shown so much.

Some of the start-ups will be entering their first underwriting year with significant catastrophe exposure, we understand, including through retrocession renewals they have participated in.

Some of our sources told us that start-up management teams will likely have to hope for a clean catastrophe year, given the way their capital has been deployed, in some cases (we’re told) in a less diversified manner than business plans had suggested.

As ever, retrocession remains one area where disappointment due to new capital coming in has been most evident, we’re told.

In particular, the Acacia retrocession start-up (which we’re told is the name of one well-discussed new vehicle) is thought by some to have dampened rate momentum, especially in retro aggregates and lower-layer, higher-returning, areas of the retro market.

We’re told some collateralized retrocession writers found this particularly disappointing, especially as the Acacia retro start-up’s capital has come in and found slices of retro programs others had been hoping to be more prevalent in.

But, this isn’t so unfamiliar, as the retrocession market has commonly found that new capital, stimulated by brokers launching solutions to satisfy client needs in a market that is firming, ends up dampening it.

But, as a start-up with no legacy and a broad remit to write higher-return retro opportunities, filling gaps in the market that have been left behind by exits in recent years, this was always likely to be the case.

Still, many retro markets, while a little disappointed that the opportunity they expected back in September/October never quite materialised, appear reasonably happy with the adequate rate increases achieved.

The question moving forwards, for reinsurance and retrocession markets, is whether adequate is sufficient to deliver the profits their shareholders and in many cases new capital providers expect.

Delivering sustainable profits is absolutely key for reinsurers in 2021 and demonstrating that they’re underwriting with enough discipline to deliver this is front-of-mind for their capital providers.

For the new start-ups that entered reinsurance and underwrote for the first-time at these January 2021 renewals, demonstrating their discipline is critical, as their private equity investors have bought into the business plans based on certain projections.

In some cases, we’re told, the projections were for much greater rate increases than the market has actually seen, which means discipline will have been vital to deliver on first-year portfolios of risk that can generate the returns they’d been promising.

Any start-ups that have elected to write a portfolio more exposed to retrocession and peak-zone catastrophe risks could find this a year where they are on tenterhooks for a lot of it.

Large catastrophe events that hit the market in 2021, or a continuation of the kind of loss frequency seen in 2020, could hurt some of the start-ups we’re told, who also may not be as well protected as they could be (due to the higher costs of retrocession).

All of which adds up to an interesting 2021 ahead, with some reinsurers well-positioned to deliver much improved returns across their portfolios and others watching out for loss events that could erode the profits they’ve promised to their capital providers.

Of course, all eyes now turn towards the April reinsurance renewals, particularly for Japanese programs, and then June and July, with Florida likely to be a key focus for rate increases again.

Reinsurers will be hoping for increases in all these areas, as the focus on profitability is expected to continue.

But as the market beds down after 1/1 and digests the results of this renewal, it will be interesting to see just how much focus lies on rate increases and how much on completing the build-out of portfolios, as well as securing diversification.

We do expect pricing momentum to continue, especially in casualty lines. While at the same time differentiation, over losses, reserves, how social inflation has been dealt with and increasingly in the future climate risk management, is expected to play a significant role.

Read all of our reinsurance renewals coverage here.

Once the COVID-19 crisis is in the rearview mirror for most businesses, it will be up to insurers to prove...