Moody’s Japan K.K. says in a new report that Japan’s declining and ageing population is posing challenges to the country’s banks and insurers, with in particular the viability of small banks at risk. 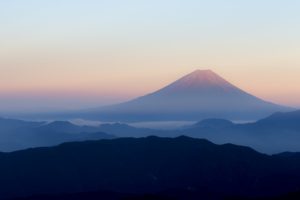 Analysts believe this demographic shift poses challenges for the traditional business model of the banks, as weakening economic activity is reducing credit demand and creating excess liquidity in the system; further exacerbated by the low interest rates and margin pressure that have resulted from weak economic growth.

“Pressure on profitability is particularly severe for small banks, which have limited options to mitigate the declines in net interest income, while larger institutions have the resources to invest in new businesses to diversify their revenue sources away from domestic interest income,” says Tomoya Suzuki, a Moody’s Assistant Vice President and Analyst.

“On the insurance side, both life insurance and property and casualty (P&C) insurers will see demand for their core products decline, but both have access to other potential drivers of growth, including expansion overseas,” says Soichiro Makimoto, a Moody’s Vice President and Senior Analyst.

For life insurers, the impact of Japan’s declining population is only mildly negative in the next 10 years, given the gradual pace of this change.

They also have the option to change their product mix, for example by increasing their focus on medical products, although competition in these alternative segments has been intensifying.

And while P&C insurers are facing declining demand for consumer-line products, this should be offset by healthy growth in corporate lines, particularly speciality products, and in their overseas businesses.

A new report from the EastWest Institute has argued that the creation of government backstops in the form of private...