Legal & General has announced the completion of a £95 million buy-in with the Trustees of the 3i Group Pension Plan. 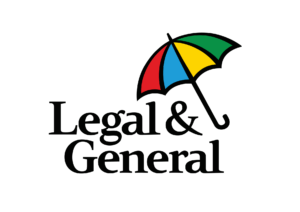 3i is an international investment manager focused on mid-market private equity and infrastructure.

The buy-in covers roughly 20% of the plan’s liabilities for pensions already in payment.

Along with with the buy-in policy purchased with Pension Insurance Corporation in 2017, approximately 60% of the plan’s liabilities for pensions already in payment are now insured.

“We are delighted to have supported the Trustees of the 3i Group Pension Plan on the next step of their de-risking journey,” said Chris De Marco, Managing Director, UK Pension Risk Transfer, Legal & General.

“It was a pleasure to work with such an engaged group of trustees and their advisers, and to have developed a good working relationship with the Plan, enabling a smooth buy-in process.”

“This transaction is further indication of the strong continued demand for buy-ins and buy-outs, as we enter yet another potentially record-breaking year for this market.”

Carol Woodley, Chairman of Trustees, added, “The Plan has been de-risking for a number of years, primarily moving our asset mix to favour bonds, as well as completing an initial pensioner buy-in with PIC.”

“The attractive pricing provided by Legal & General meant that an additional buy-in could be accommodated within the Plan’s long-term de-risking programme.”

“We are very pleased to have been able to complete a second buy-in, which is a positive step towards further improving the long-term financial security of members’ benefits in the Plan,” added Woodley. “It also allows us to build good working relationships with two different insurers.”