Insurance and reinsurance marketplace Lloyd’s of London has apologised for its links to the slave trade in the 18th and 19th centuries, and announced that it plans to pay reparations via donations to BAME charities. 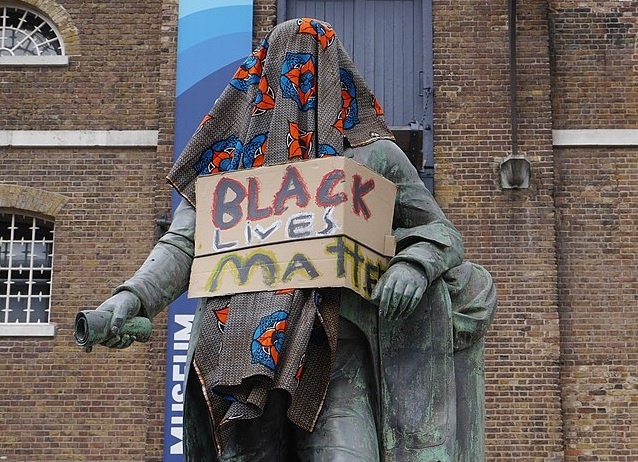 A statue of slave trader Robert Milligan was covered by protestors before being removed from outside the Museum of London Docklands.

Lloyd’s released a statement condemning “the indefensible wrongdoing that occurred during this period” after its role in the slave trade was highlighted in a major academic database.

Many companies in the financial sector are currently facing intense scrutiny over racial issues, after the police killing of African American George Floyd in the US sparked a wave of global protests.

The UK in particular has seen its historical links to the slave trade spotlighted after a statue of slave trader Edward Colston was torn down by protestors in Bristol, prompting the removal of similar statues across the nation.

Lloyd’s was founded in 1688 and has its roots in maritime insurance, meaning many of the ships it insured during its early years were involved in the trans-Atlantic slave trade.

“Lloyd’s has a long and rich history dating back over 330 years, but there are some aspects of our history that we are not proud of,” the firm stated.

“In particular, we are sorry for the role played by the Lloyd’s market in the eighteenth and nineteenth Century slave trade. This was an appalling and shameful period of British history, as well as our own.”

In addition to these apologies, Lloyd’s has pledged to provide financial support to charities and organisations promoting opportunity and inclusion for black and minority ethnic (BAME) groups.

And furthermore, it has committed to a number of initiatives designed to help improve their experience in the Lloyd’s market, including investments in programs to attract BAME talent and a review of employee and partner policies to ensure that they are “explicitly non-racist.”

“In acknowledging our own history, we also remain committed to focusing on the actions we can take today to shape our future,” Lloyd’s stated.

“Lloyd’s values an inclusive culture – it is a cornerstone of the market’s future success and that is why culture sits alongside performance and strategy as one of the Corporation’s top strategic priorities,” it continued.

“In recent years Lloyd’s has driven ahead with a series of positive programmes designed to improve culture across the market. We have made progress, but not enough.”

It is perhaps unsurprising that Lloyd’s has been quick to acknowledge and apologise for this particular controversy, given its recent push for stronger inclusivity measures.

These measures were introduced last year as part of the Future at Lloyd’s program, in response to reports of widespread sexual harassment and employee wellbeing issues in the marketplace.

Prudential plc has reached an agreement with Athene Holding Ltd under which its reinsurance unit, Athene Life Re Ltd, will...