Mergers and acquisitions (M&A) in the global insurance industry reached the highest growth rate for 10 years in the first half of 2022, according to Clyde & Co’s Insurance Growth Report mid-year update. 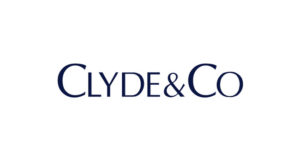 After a dip in 2021, deal activity across the Middle East and Africa rose back up to 16 deals compared to 12 in the second half of last year.

Most acquirers in this half of the year came from Africa – four from the Ivory Coast, three from South Africa and two from Kenya. The number of deals in the Asia Pacific remained relatively steady with 27 compared to 24 deals in the second half of 2021. Japan was once again the lead acquirer ahead of Australia.

“Private equity firms and asset managers are still keen to explore either entry into the insurance market or expansion of existing footprints. And flagging insurtech valuations mean acquisitions are increasingly attractive to both PE investors and traditional carriers seeking to increase technological capabilities.”

The number of deals valued over $1bn remained relatively steady with 13 in the first half of this year compared to 14 in the previous six-month period.

The largest deal of the year so far was the sale of US-headquartered Athene Holding Ltd. to Apollo Global Management Inc for $7.7bn.

Another area which has seen a significant increase in transactions in the first half of 2022 has been the divestment of non-core assets by carriers, as they consider focusing on core business through a challenging economic environment.

Ivor Edwards, Clyde & Co Partner in London, said, “Europe has seen a large number of run-off deals which are used to make sure there isn’t any unwanted old business sitting on the balance sheet that might hinder a possible M&A transaction.”