MAPRE has revealed plans to reorganise its global business structure, and has also reported a net income impact of €176 million (US$209mn) from a total of €1.1 billion (US$1.3bn) in payouts from claims from third-quarter hurricanes in the U.S. and Caribbean, and the Mexico earthquakes. 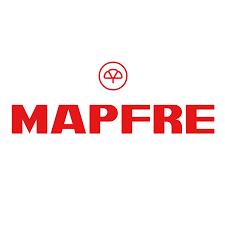 Speaking at MAPFRE’s second Investor Day, MAPFRE Chairman and Chief Executive Officer (CEO), Antonio Huertas, said;  “I’d like to highlight MAPFRE’s solvency and financial capacity to respond to our policyholders. The specific impact of these disasters will not affect the company’s development.”

The carrier plans to reduce its U.S. operations in five states, and merge its Asia, Middle East and European divisions into a single unit as well as set up a single unit to cover Latin America operations.

MAPFRE said it will concentrate its U.S. business in states seen as most profitable.

It said it would also continue to operate in Florida, Pennsylvania and Arizona, but needs to reinforce its underwriting and distribution base before embarking on future expansion plans.

In addition to this, its Europe, Middle East and Africa (EMEA), and Asia Pacific and Japan (APAC) operations will be integrated into one regional area of EURASIA, and a Latin America and Caribbean (LATAM) North sub-region will be created to cover all of Central America, based in Panama.

Huertas said “the organisational changes we have introduced in the USA, Eurasia and LATAM North will help us drive forward our strategy of focusing on profitable growth.”