Global insurance and reinsurance broker Marsh has appointed Alistair Fraser as Chief Executive Officer (CEO) of its UK Corporate division, replacing Joe Grogan who has been named as Chairman of Marsh Ireland. 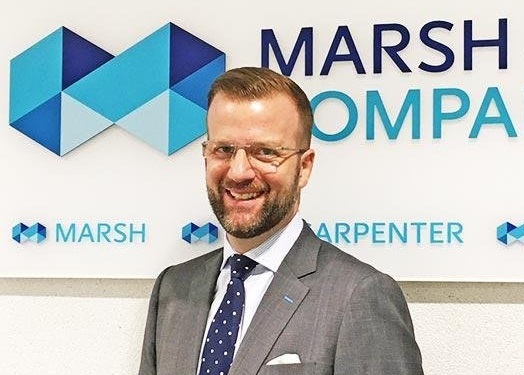 Fraser, who currently serves as CEO & President Director of Marsh Indonesia, will assume overall responsibility for Marsh’s Corporate business across the UK and will report to Chris Lay, CEO of Marsh UK & Ireland.

Fraser has over 22 years of experience in the international insurance industry, more than a decade of which have been spent at Marsh, where he has held numerous leadership positions in the UK, Singapore and Indonesia.

He joined the company in 2008 as head of its Reading office and helped lead the Southern Region with responsibility for the Bristol and Southampton offices, before moving to a sales leadership role in Asia in 2012.

“Alistair brings extensive international experience in leading strong teams and growing businesses to our UK Corporate division,” said Lay. “Under his leadership, he will ensure that the firm delivers the services and solutions that our Corporate clients need to mitigate the increasingly complex risks they face, and continue to be successful.”

As Chairman of Marsh Ireland, Grogan will now focus on Marsh’s Irish operations and the implementation of the companies Brexit strategy. He will continue to report to Lay and to serve as a board member of Marsh Ltd.

Grogan has spent nearly 40 years in the re/insurance industry, and has held a variety of senior roles during his 27 years at Marsh, having most recently served as head of the UK Corporate business since 2009.

“Joe is an exceptional leader who has played a pivotal role in developing Marsh’s business in the UK and Ireland over the last two decades,” continued Lay. “I would like to thank him for his considerable efforts and wish him success in his new role as Chairman of Marsh Ireland.

Marsh said that both appointments are expected to take effect by the end of 2018, subject to regulatory approval.

John Hancock doubles down on wearable-tech with Vitality partnership

John Hancock, one of the oldest U.S life insurers, is to drop its previous business model and pair all existing...