Marsh has announced that Chris Lay is to become Chief Executive Officer (CEO) of its UK & Ireland region and of Marsh Limited, and has appointed Sarah Robson to replace him as President and CEO of Marsh Canada. 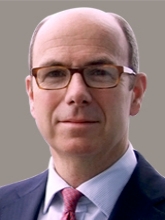 Lay, who has been with Marsh for 30 years, will relocate back to London from Toronto, and will report to Flavio Piccolomini, President of Marsh International.

His career at Marsh includes positions as President of Global Captive Solutions, Head of Global Sales, Business Development Leader for Marsh International, and Head of the Corporate Division in the UK.

Robson will take-over from Lay as head of Marsh Canada, transitioning from her current roles as a Managing Director in Marsh’s U.S business and Global Relationship Manager in its Insurer Consulting Group, and will report to Martin South, President of Marsh U.S. and Canada.

Robson has been with Marsh for 25 years, and has gained experience in the Canadian marketplace first as an underwriter at Chubb and later as Financial and Professional Practice leader and Specialties Leader for Marsh Canada.

John Doyle, President and CEO of Marsh, said: “We are excited to appoint Chris and Sarah to lead these important regions for us. They are talented, long-tenured Marsh executives who will bring a strong focus on our priorities of colleagues, clients and growth.”

Lay will be succeeding current CEO of UK & Ireland Mark Weil, who is leaving Marsh and the insurance sector for a senior position in private equity.