Mexico’s insurance industry is sufficiently well capitalised and reinsured to comfortably absorb the financial impact of Hurricane Willa, which made landfall on Mexico’s Pacific Coast this week as a strong Category 3 storm, according to A.M. Best. 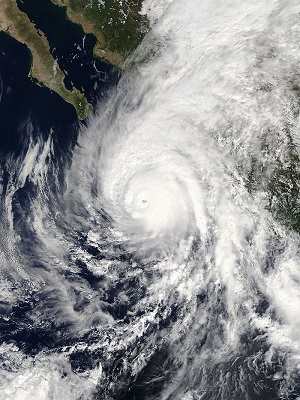 Willa brought heavy rainfall, flash floods and landslides to the coastal states of Jalisco, Nayarit and Sinaloa, with the majority of insured losses expected to be driven by wind and downed tree damage to roofs and cars, as well as business interruption losses from power outages and for hotels.

The storm reached Category 5 status before weakening on its approach, and has now moved inland and further decreased in intensity, although it may ultimately redevelop as a Nor’Easter in the U.S.

Damage from coastal flooding and inland flash flooding is likely to account for a large proportion of losses from Willa, with A.M. Best estimating US $176 billion of insurance in force for hydro meteorological risks in the affected Mexican states at year-end 2017.

According to Mexican regulator Comisión Nacional de Seguros y Fianzas (CNSF), 87.3% of the hurricane and flood risk in the country is ceded to highly rated reinsurers through excess of loss contracts.

A.M. Best said it does not expect Hurricane Willa to have a significant impact of the balance sheets of national reinsurance companies as catastrophe reserves are sufficient to cover their probable maximum losses (PMLs).

Regulators CNSF and Secretaria de Hacienda y Crédito Público (SHCP) also have a number of rules in place to help mitigate losses for insurers, including required capital for hurricane risk that is equal to PML calculations.

Some reports have suggested that Hurricane Willa could trigger MultiCat Mexico catastrophe bond Class C notes for US $110 million, but A.M. Best considered this to be unlikely given the current barometric pressure of the storm.

Multinational law firm DWF has appointed Richard Burger as a Partner in its Regulatory, Compliance & Investigations team in London....