A.M. Best believes that Mexico continues to offer significant growth opportunities for re/insurers and has even benefited from the introduction of the Solvency II framework, which some anticipated would be a limiting factor for the market. 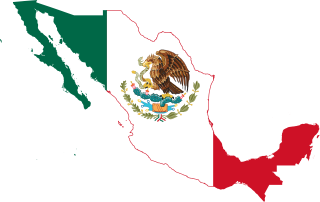 In 2018, however, the volume of premiums increased by 5.2%, and analysts argue that the market remains more correlated with economic growth and market conditions, as opposed to the regulatory regime.

Conservatism by insurers, who were cautious of the risks posed by the new framework, also could have contributed to the low growth in the second year of implementation, A.M. Best suggested.

In 2019, the firm anticipates lower premium growth in the range of 2-2.3%, reflecting a decline in economic growth, as Mexico’s GDP growth is estimated at 1-2% for the year.

This forecast also considers the potential effects of the austerity plan proposed by Mexico’s President, who is looking to cut government spending by cancelling private major medical coverage, and potentially, life insurance to government employees.

Nevertheless, analysts believe that Mexico’s re/insurance industry remains strong, with return on equity higher than 20% and return on assets around 3% since the introduction of Solvency II.

A.M. Best also considers Solvency II standards as likely to boost insurance penetration in Mexico, because they provide a better assessment of different risks through the use of more technical tools.

The framework is expected to continue to promote sound development and strengthen the solvency of market participants, but supervision of the process by insurers and regulators will be critical, analysts warned.

Otherwise, the risk of market distortions that could affect the competitive environment, or shift capital or asset allocations toward less efficient strategies, may diminish or even erase the benefits of modernising insurance regulations.

Bermuda has been removed from the European Union’s (EU) list of non-cooperative jurisdictions after implementing commitments to address concerns about...