Michel Liès, former Swiss Re CEO, voted in as new Chairman of Zurich

At yesterdays annual general meeting in Zurich the shareholders of insurance giant Zurich Insurance Group Ltd. voted in ex-Swiss Re CEO Michel Liès as the new Chairman of the Board. 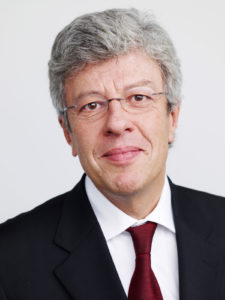 The position had been proposed earlier this year, with Liès put forward to replace Tom de Swaan, who had held the position since 2013 and been a board member since 2006.

Liès will hold the position for a term of one year.

Liès commented, “I am proud to join Zurich’s Board, and I want to congratulate Tom de Swaan for assembling a Board with such a wide range of experience, skills and knowledge. I look forward to working with my new colleagues.”

Liès served as Group CEO of Swiss Re for four years until June 2016, and has almost 40 years of experience in global insurance and reinsurance markets.

During his time as Group CEO at Swiss Re, he worked across life and non-life segments, with particular responsibility for growing businesses across Europe and in South America. He also acted as Chairman of Global Partnerships at Swiss Re, working with governments and international bodies to identify ways to jointly mitigate and address global risks.

In remarks to the AGM, Liès explained that he was looking forward to the challenge “in a market characterised by fundamental change.”

He commented on the role of re/insurers, “We are literally the security people need to engage in their world and evolve. Our claims payments, which we make annually to our customers, have put the lives of many people back on a solid foundation. We take our responsibility seriously and are committed to making a positive difference in the world. In the coming months and years you will often hear clear words from me about this role. Because I am convinced that the role of the insurance industry continues to be poorly understood and appreciated. This is especially true in a world that is facing the massive changes of our time.

“Our role as a risk expert is now more important than ever to face the challenges of society.”

Speaking at the AGM, outgoing Chairman of the Board of Directors Tom de Swaan said, “Zurich’s ability to embrace this changing environment is not by chance. It is through the vigilant oversight of a management team that understands the realities of these markets today, has a vision for where these markets are going in the future, and has a proven capability to drive necessary change. This is why I and my fellow Board members feel such confidence in the future earnings potential of the Zurich Group. And it is why we stand before you today proposing to increase the dividend to CHF 18 per share.”

Group Chief Executive Officer Mario Greco also commented, “In society, in our industry and at Zurich, you’re witnessing fundamental change. But we are not mourning the end of an era, we are welcoming a new one. We are not being disrupted and reacting to technology, we are anticipating what customers expect of us and leading the change. We are systematically adding service capabilities and distribution platforms that build on our core strengths. And we are future proofing this organization with a renewed culture and revamped leadership team.

“As one very valuable Chairman departs, we look forward to welcoming another. Michel Lies possesses deep knowledge of our industry and society. He knows what it takes for a major Swiss company to be successful in a global market. And we look forward to working with him.”