The Boards of Directors of Munich Re Canada and Temple Insurance Company have announced the appointment of Claus-Ulrich Kroll as President and Chief Executive Officer of both organisations. 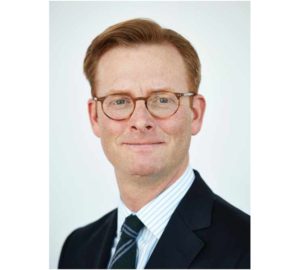 Kroll steps into the role with over 17 years’ re/insurance experience, having joined Munich Re in 2008.

He first served in the company’s Corporate Strategy Department, and played key role in developing and piloting strategic and transformational projects for the Munich Re group.

He went on to hold various positions of increasing responsibility within the Munich Re Group.

Kroll has served on numerous Boards of Directors of insurance and reinsurance companies in Germany, United Kingdom, Switzerland and Malta.

In his new role, Kroll will oversee the operation of all of Munich Re’s non-life business in Canada.

French reinsurance firm SCOR has announced a number of senior changes, including the promotion of John Jenkins to the position...