The historical reluctance of life and health (L&H) re/insurers to change is starting to shift as boards and senior management increasingly understand the necessity of adapting and embracing new technological advances, says Tony Laudato, a Vice President at Hannover Re. 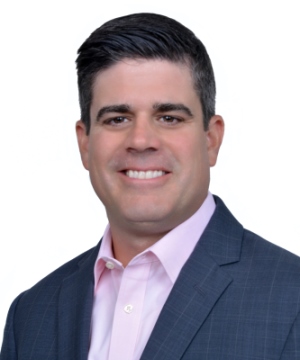 “Life insurance companies are very reluctant to change, a lot of these organisations have been in place for a hundred years.

“Well, you’ve got to do a lot of things right and make a lot of good decisions to be a company that’s been around for a hundred years, so trying to change something overnight to something that is radically different from where they were, is a very large ask,” said Laudato, in a recent interview with Reinsurance News.

Discussing the rise of technology and its growing influence on the L&H re/insurance sector, Laudato explained that increasingly, companies are starting to understand just how much of a disruptive and significant force new technology is.

“I think they are now at the point that they see it as either an adapt or die kind of situation. The business at some point will pass them by if they are not in the right places, and I think the boards and senior management are finally at the point where they understand it’s time to do something here.

“Now, the question here is do they know what that is and do they have the proper talent within the organisation to advise them correctly of the path that they should go down, and I think that is one of the challenges. If you have a group of 55-60 year old insurance executives that aren’t digital native trying to come up with how we should go about a digital strategy, that is not going to work very well,” said Laudato.

As well as a need for the right talent, the decision to embrace technology and leverage it across the businesses creates additional questions for insurers around how they want to do business.

“They have these legacy systems that for some of them have been in place since the mid-90s, so what do they do? Do they try to bridge their existing technology to a new technology? Or do they draw a line in the sand and say, from this point forward this is how we are going to do business and we will try to figure out the legacy issues later. We are seeing a lot of companies that are starting to do that.

“So, that’s probably the first decision that people need to make, is how do we enable ourselves to be able to do what we need to do to, and a lot of that is the behind the scenes core infrastructure and systems, platforms that they have. They need to be able to be in a place where they can change and do things in a very digital manner.

“A lot of them actually couldn’t do that today if they needed to overnight, they don’t have the capabilities to do it and the connection points to do it. So, that’s where you see a lot of the IT spending is on base-line technology upgrade,” said Laudato.

Hannover Re is one of the largest re/insurance companies in the world, but when it comes to new and advanced technology, Laudato told Reinsurance News that being bigger isn’t necessarily beneficial.

“I’ve seen that go both ways. The problem with the larger companies is they struggle being nimble and so a lot of the expense we’ve seen has actually been at the smaller companies, that can pivot faster, that have less people involved in the decision process, so they can actually be a little faster and more nimble.

“The larger companies have always tend to thought that they can do things by themselves. They have massive IT staff and they actually I think have a slightly harder decision to make because their core is so large, and they make so much money from their inforce business that you really can’t do a lot to disrupt that to try something new.

“And I think that is why you are starting to see some of these companies will either start to spin out new ventures that will be trying to do new things, in terms of rolling off their existing business just because that bridge would be too hard to cross,” said Laudato.

For companies of all shapes and sizes, the adoption and integration of new technology has a cost, but it appears that most insurers now see it as a necessary cost, with IT expenditure on the rise.

Technology is one of the hottest topics across the re/insurance industry, a trend that is likely to continue as advancements persistently alter the risk landscape. While the potential benefits are vast, Laudato stressed that there’s also a lot of risk associated with it as well.

“In particular, when we start thinking about the risk selection side and the marketing side, how much are we going to understand? The pace of change and the amount of information coming in is very different, and how ready are companies to go from monitoring all those results and analysing those consistently, and then being able to make changes in a fast manner.

“I think the days are long gone of a product portfolio sitting on the shelf for 5 to 10 years, I think the product development cycle speeds up now significantly, and are companies ready for that?

“With the technology I think they really have to be ready from a risk point of view to understand how are the risk profiles changing by doing things differently now, are they getting different customers? Are they assessing risk in different ways? And how successful will they be monitoring and analysing all of that,” he explained.