Opportunities for reinsurance in India set to increase into 2018

2018 is forecast to be a big year for the India re/insurance sector, with newly relaxed capital rules that allow well-established Indian insurers to attract capital with an initial public offering (IPO) and the government increasingly opening the grounds to foreign reinsurers, according to Clyde & Co. 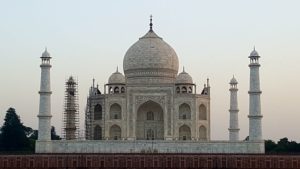 The renewed focus on agricultural risks by the Indian government and domestic insurers will provide new opportunities to foreign reinsurers.

After the government launched the Pradhan Mantri Fasal Bima Yoja crop insurance scheme, its come to recognise that with climate change increasing risk to agriculture, Indian insurers will need additional support from reinsurers.

As a result of the scheme, increasing numbers of insurers will look to strengthen their agriculture business and distribution network in rural areas where they can cater to the individual needs of the farmers.

However, a further challenge is posed by insurance cover currently being calculated on agricultural land units that may be shared by a number of small-holders complicating loss calculations for individual farmers.

Insurance against climate risks in India has lagged far behind other sectors despite India being one of the world’s most vulnerable nations to the changing climate.

Severe weather events challenge India’s economy with a set back of $9-10 billion of mostly uninsured losses every year, according to the Indian government’s Ministry of Finance and Department of Economic Affairs Economic Survey.

The survey estimated that as of August 2017, just 19% of farmers had taken up crop insurance.

The Insurance Regulatory and Development Authority (IRDA) estimated that approximately US$ 7.5 bn is needed to increase insurance penetration to the global average of 6%, of which US$ 3.7 bn will need to be foreign investment.

India is one of the fastest developing regions, growing at a rate of around 7.6 percent (recorded in the 2015-2016 financial year), and by 2020 the economy is predicted to become the third largest in the world.

This booming economic growth, coupled with a maturing insurance market and a digitalised population, make for a  conducive and increasingly profitable re/insurance environment.