Prudential is planning for a minority IPO of its US arm, Jackson 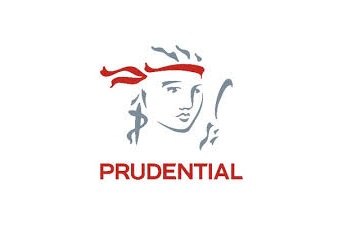 Towards the end of February, founder of U.S. hedge fund Third Point and activist investor, Daniel Loeb, sent an open letter to Prudential’s Board urging the company to split PruAsia and Jackson into two listed firms.

At the time, Loeb explained that while the two entities have distinct strengths, they share no discernible benefit from being operated under the same corporate umbrella.

Jackson is headquartered in Michigan and operates as a top-two annuity provider in the U.S., offering best-in-class solutions, distribution and operations.

Following the proposal from Loeb, Prudential has now confirmed that it is in the process of preparing an IPO for its U.S. business arm.

Mike Wells, Group Chief Executive Officer (CEO) of Prudential, commented: “In order to diversify at pace, Jackson will need access to additional investment, which we believe would best be provided by third parties. Today we are announcing that preparations have commenced for a minority IPO of Jackson and we have already taken a number of management actions to support this path.

“We will now commence detailed engagement with our key stakeholders, with a view to ensuring that Jackson will have the capital strength as a separately listed business to support its continued success as a broad provider of retirement solutions for America’s ageing population.”

The Chairman and CEO of Jackson, Michael Falcon, added: “The US is the world’s largest retirement market with trillions of dollars expected to move from savings into retirement income products over the next decade. Jackson’s ambition is to play the fullest role possible in this through a strategy of diversifying its product range and distribution network. Over time, this is expected to lead to a more balanced mix of policyholder liabilities and enhance statutory capital and cash generation.”

While Paul Manduca, Prudential’s Chairman, said: “Over the past nine months, Prudential has undertaken a significant amount of work with our advisors to assess our options for introducing third party finance into Jackson. The Board has determined that the preferred route to achieve this is to seek a listing of Jackson in the US in due course, subject to market conditions.”

It remains unclear whether the firm will take a similar approach to its PruAsia operation, but updates around the Jackson IPO are expected to be announced with the life insurer’s 1H20 results in August.