In the wake of the COVID-19 pandemic, the insurance industry must reflect on the lessons it has learned and take a stance as a major player in the fight against climate change. 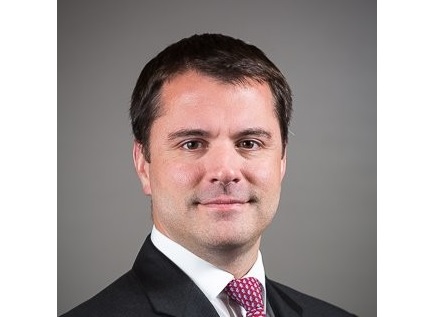 This is according to Urs Baertschi, Chief Executive Officer Reinsurance EMEA / Regional President EMEA at Swiss Re, who recently spoke to Reinsurance News about the industry’s role in building climate resilience.

“Over the last few months, the world has been jolted awake by the widespread and devastating impact of an unprecedented global crisis in the context of Covid-19,” Baertschi told Reinsurance News in a recent interview.

“We have seen first-hand the terrible consequences from taking a ‘just in time’ approach,” he said. “We have also learned the importance and value of ‘just in case’ risk management and the need for preparation before disaster strikes.”

Baertschi argued that the insurance industry must now apply these lessons to another global crisis currently underway, that of climate change.

The impact of climate change is becoming increasingly visible to insurers and their reinsurance partners due to the increasing frequency and severity of catastrophic weather events and especially the harm caused by secondary climate-related perils such as droughts, floods, and wildfires, Baertschi noted.

For example, in its most recent sigma report, the Swiss Re Institute found that secondary perils were once again responsible for most of the $52 billion global insured natural catastrophe losses in 2019, after record losses in 2017 and 2018.

The broader impact of climate change on societal resilience can be seen in the below chart, which shows how growing economic losses are linked to more frequent and extreme weather events with higher ‘values at risk’. 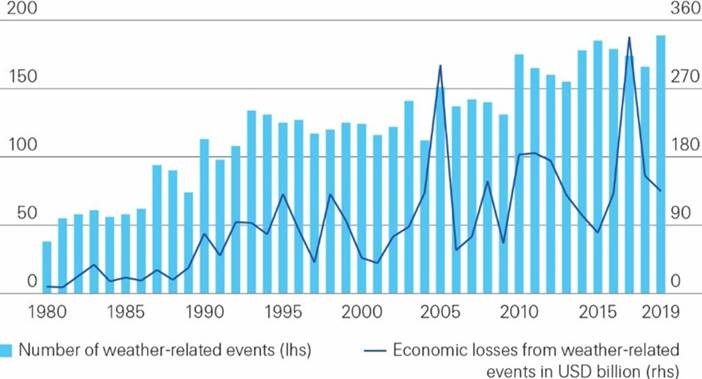 “Climate change poses an existential threat to the human race,” Baertschi went on. “One key lesson in resilience we can take away from the Covid-19 disaster is the importance of early risk awareness and decisive risk management.”

“That’s why the insurance industry, working closely with the public sector, must play a central role in the mitigation of the impacts of climate change,” he added. “Together we make the world more resilient for ourselves, for our children, and for generations to come.”

SterlingRisk Aviation, a division of SterlingRisk Insurance, has announced the appointment of Travis J. Marshall as Vice President, Senior Account...