Some traditional reinsurance products are likely to require modification in order to remain effective as capital and volatility management tools under International Financial Reporting Standard (IFRS) 17. 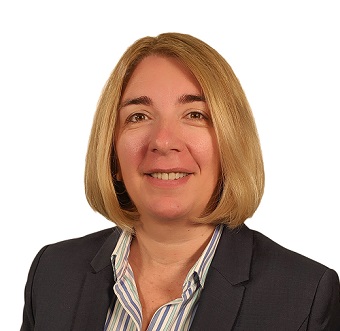 This is according to Vasilka Bangeova Managing Director, Strategic Advisory for EMEA at Guy Carpenter (GC), the reinsurance-focused division of broker Marsh.

In a new report, Bangeova explored how the new accounting standard may cause potential unintended consequences for reinsurers, who may benefit from making changes to better align their products with the rules.

IFRS 17, issued by the International Accounting Standards Boards, is the new financial reporting standard for insurance contracts that will replace the current rules of IFRS 4. It is due to become effective on January 1, 2022

However, analysts at GC believe IFRS 17 will impact the re/insurance value chain far beyond the areas of actuarial modelling and financial reporting, with key aspects of strategic and operational management also set to be affected.

“IFRS 17 will not change the total profitability derived from insurance contracts,” Bangeova explained. “However, profit will likely emerge more slowly than under IFRS 4. As a result, when companies recalculate the value of in-force insurance contracts at January 1, 2021, their retained profits will likely be lower than currently reported.”

She continued: “Traditional reinsurance products will remain effective but may benefit from some adjustments to better align the accounting outcomes under IFRS 17 with the economics of a contract.

The management of the balance sheet and profit and loss volatility could also be very sensitive to seemingly small modifications to contract wordings, which are not specifically considered under the current reporting rules of IFRS 4, Bangeova noted.

Additionally, commutation options under IFRS 17 will have to be reflected in the value of a reinsurance contract at its inception, which could facilitate management strategies for improving the sustainability of future reserve releases.

Similarly, GC observed that indexation clauses could redirect the effect of changes to inflation assumptions from the underwriting result into the insurance finance income and expenses line, affecting loss ratios and potentially requiring a redesign of inflation hedging strategies.

“(Re) insurers will face challenges in explaining the performance of their businesses using the new metrics,” Bangeova said. “In certain cases, choosing the operationally simpler option may not be as beneficial as expected (at least for interim reporting periods).”

Bangeova concluded by noting that the transition to IFRS 17 is likely to affect business as usual processes in an environment of competing priorities.

However, if well planned and informed, it can create opportunities to ensure reinsurance continues to help companies achieve their profitability and capital management goals.