Any “subsidy” to the return on equities (ROEs) of reinsurers is likely to diminish in response to persistent and worse-than-anticipated rate declines at recent renewals, regardless of fewer catastrophe events in the coming months, according to Keefe, Bruyette, & Woods (KBW). 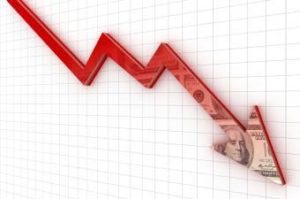 For the most part, the utilisation of reserves and the relatively benign loss environment has enabled reinsurers to report profitability despite persistent rate declines at renewals, including steeper-than-expected declines at the recent June 1st, 2017, renewal season.

In a recent note, analysts at KBW, utilising 1/6 2017 renewal data from international reinsurance brokerage JLT Re, states that overall excess capital combined with a growing desire amongst providers of alternative reinsurance capital to boost participation with “better-performing clients,” contributed to further rate declines during the June renewal period.

KBW reports that at the most recent renewal period rates declined by an average of 5.1% from 3.1% in 2016, which is slightly worse than the company’s expectation of flat to down 5%.

“The expected “subsidy” to ROEs should fade as a consequence of persistent rate decreases even if there are fewer events. Significant catastrophe losses would obviously translate into weaker reported results, and – because of excess capacity and non-traditional capital providers desire for yield and diversification – we doubt that property catastrophe rates would rise much in the aftermath, leaving us pessimistic on the Bermudian cohort’s prospects either way,” says KBW.

Generally, reserves across the reinsurance industry are believed to be dwindling, leaving companies with less room to navigate ongoing rate reductions and diminishing profitability across the majority of business lines.

This, combined with increased catastrophe losses will more than likely push a number of firms into unprofitable territory, but the warning from KBW suggests that regardless of loss activity, ongoing rate declines is only going to add greater pressure to reinsurer ROEs moving forward.

KBW analysts underline that some insurers have reported improved reinsurance programmes for the 2017-2018 year, which is a sign of the continued buyers market conditions as primary insurers look to take advantage of high competition and an oversupply of capacity.

To provide some context around just how much reinsurance pricing has declined during the softening cycle, KBW analysts reveal that in the Florida property-catastrophe reinsurance space rates are down a huge 40% from 2012, and actually only 10% above pricing levels seen in 1999/2000.

Elsewhere, demand for retrocession remained strong at the most recent renewal season, with retro pricing down mid-single digits at June, 1st, 2017, as excess capacity and a lack of large losses led to rate declines.