Deutsche Bank expects certain reinsurers’ natcat budgets to be almost fully utilised in the second quarter of 2019 due largely to further loss creep for Typhoon Jebi and the Sydney Hailstorms last year. 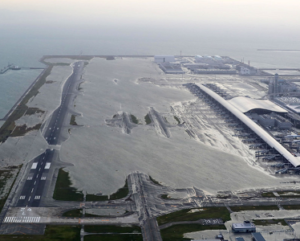 This would depend on which line item reinsurers show loss additions for (either natcat or reserve strengthening).

With Jebi already a key loss driver in Q1, Deutsche says reinsurers based individual loss estimates on industry losses of between $12 billion and $13 billion. The new $15 billion estimate, however, would now suggest loss creep of up to 25%.

Losses from Sydney hailstorm in the final quarter of 2018 also seem to have increased, according to risk modeling agency PERILS. Given its strong market share in Australia, Deutsche anticipates Swiss Re to be most affected.

Elsewhere, the Bank sees severe weather events in the US, which saw the highest number of tornadoes in May since 2015, also affecting reinsurance layers in Q2, although it expects the bulk of those losses to stay within the primary sector.

There is also a risk that the Munich hailstorm in June could affect reinsurance layers, to a small extent.

On the man-made side of things, Deutsche is not aware of any significant individual losses; the two oil tanker attacks in the Gulf of Oman could have some impact.

The bigger question, however, is whether reinsurers are able to increase prices based on these events.

Deutsche says this would affect the marine war business, which has so far been at a low price level. This could now change given the tanker attacks and political situation in the region.

China has set up a new Beijing based insurer, called Dajia Insurance Group, to take over the main operations of...