Risk modelling firm AIR Worldwide said that extensive damage has been reported from an M6.7 earthquake that struck 10.3 km south-southeast of Bodrum, Turkey, in the Aegean Sea on 20th July 2017, with damage seen in the area of Bodrum, Turkey, and the Greek island of Kos. 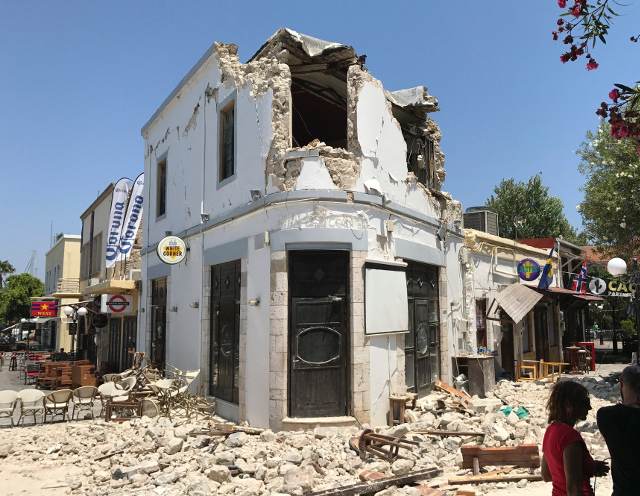 Both areas affected are typically awash with tourists at this time of the year, which of course means the prospects of some business interruption claims would be higher due to businesses being affected by the earthquakes.

AIR Worldwide explained the seismic profile of the region:

The Mediterranean is a seismically active region, and Turkey and Greece sit on significant fault lines. Turkey’s western Aegean coast has already experienced several tremblors of up to M5.5 this year and an M6.3 Plomarion, Greece, earthquake that struck on June 12, impacting the islands of Lesbos and Chios, with shaking felt in some coastal provinces of Turkey. Small earthquakes are an almost daily occurrence in both countries. Today’s earthquake occurred in the Aegean Sea in the western part of the Anatolia microplate. The westward movement of this relatively rigid plate in response to the collision of the Arabian and Eurasia plates in the east and the subducting Mediterranean oceanic crust under the Hellenic arc in eastern Greece is responsible for much of the frequent seismic activity in Turkey and Greece.

AIR said that there are reports of extensive damage to older buildings on the Greek island of Kos, with roofs and facades of buildings collapsed, and reports of one entire building destroyed. Additionally, a half-meter tsunami has caused heavy flooding. Meanwhile, coastal towns in Turkey have reported broken water mains, gas leaks, and downed power lines and there is some footage of damaged buildings in Turkey being shown.

AIR noted that structures in this region are generally vulnerable to earthquake shaking, which could exacerbate any loss from the event. It remains too early to speculate in the potential for insurance or reinsurance industry impacts.