Reputation of the vibrant, claims-focused run-off market is growing: RiverStone

The insurance and reinsurance run-off sector has matured into a healthy, vibrant, claims-focused marketplace, supported by a growing reputation, according to legacy specialist RiverStone. 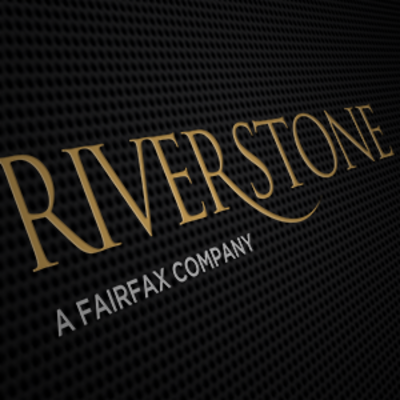 The RiverStone Group is a Fairfax company that specialises in the management of legacy and run-off re/insurance businesses and portfolios. As of the end of March 2019 the company has $6.9 billion in assets and $1.9 billion in shareholder equity.

Speaking with Reinsurance News, UK Managing Director, Luke Tanzer and Matt Kunish, Chief Business Development Officer, discussed global run-off market dynamics, RiverStone’s relationship with its parent and offered some insight into what the recent actions at Lloyd’s might mean for the space.

While growing, the run-off market remains a small marketplace and as with the broader risk transfer industry, relationships play a key role.

“This is a relationship focused business and protecting the vendors brand is vital not just for repeat business but also to ensure that our good reputation is spread through word of mouth,” said Tanzer.

A significant proportion of RiverStone’s deals are with repeat sellers, and with more and more players entering the market it’s apparent how vital relationships are.

“There are new entrants all the time. Some of them are fly by night but most seem to be here to stay, and competition is definitely increasing over time. If you go back to when we first started at Lloyd’s, there was ourselves and a few others. And in the company market, there were only a handful of significant players. Today, there’s many more permanent players and the sector has grown significantly in the last ten years,” said Tanzer.

Unlike some of its competitors, RiverStone is able to be more opportunistic as a result of its relationship with its parent, who have a longer-term view. Tanzer explained that the firm doesn’t have to deal with annual return pressures unlike its Private Equity backed competitors.

“Obviously we want to continue to replenish our liabilities as they run off because we have a good business model, which we want to sustain. We have shown that we can be scalable when we need to be, but if you grow or shrink too quickly, then it becomes difficult to manage resources and to retain key talent.

“So, we try and smooth out that cycle through replenishment. We don’t have to go too lean on costs so long as it makes sense over the longer term, and in that way, we are ready and able to react when there’s an opportunity to take advantage of. That certainly is an advantage over our competitors who are under pressure to make annual returns,” said Tanzer.

In the U.S., explained Kunish, the market is much more fragmented, and a greater level of education is still needed when compared with the UK.

The UK Part VII Transfer mechanism has been in place since 2001 and is an increasingly popular tool in the run-off sector, supported more recently by Brexit. Similarly, the IBT in the U.S. provides a way for companies to transfer contractual obligations from an insurer to someone like RiverStone, but Kunish explained that the U.S. is still trying to get up to speed with it.

“I don’t think it is going to get the traction that it got in the UK, where pretty much everybody ultimately does a Part VII Transfer. It will be another tool in the tool box, but it is not going to be the only tool in the box. It will be interesting,” said Kunish.

“Once you’ve got the tool there and it makes sense, people will start to use it,” added Tanzer.

In the UK, the efforts of Lloyd’s of London to increase efficiency and eradicate unprofitable and unsustainable business has driven more opportunity in the run-off space, with firms looking to offload undesirable businesses and portfolios.

“I think that was just Lloyd’s reacting to the inevitable reality of a soft market for a long time, low investment returns, high costs and two years of catastrophe losses, so the market was going to come under scrutiny anyway,” explained Tanzer.

Within Lloyd’s and elsewhere the run-off market has had a reputation and the stigma, underpinned by a view that run-off is about sitting on claims and avoiding papers and so on, is still quite deep.

“The stigma from RiverStone’s perspective is unfair and unfounded, there’s absolutely no benefit for us to sit on claims and our stated mission is to pay all valid claims in a timely manner. We see ourselves very much focused on liability management within the run-off space.

“I think the reputational stigma is changing and once this is removed, then we can get into more board rooms and focus on the benefits that disposal of legacy portfolios will deliver. Live operations are increasingly realising the benefits of transacting with professional legacy providers and that there is no reputational risk to them and through word of mouth this should start to open more doors,” said Tanzer.

Looking forward, he said that RiverStone would continue to focus on opportunities in both the Lloyd’s and company market and to build on the company’s achievements over the past two years.

“More sustainable, gradual growth. We will continue to carefully evaluate the opportunities and remain focussed on our strong governance, compliance, and risk management in order to retain our competitive edge in providing a safe pair of hands from a reputational perspective. We’ve always put a lot of store into our second and third lines of defence and this has stood us good stead when working with reputational focussed clients and regulators.

“I think it’s a very healthy and vibrant marketplace, with a very keen focus on claims settlement, without the distractions of soft markets and future cats – we can just get on and focus on managing liabilities.

“On the back of one of the busiest 12 months we’ve had as a company, it certainly feels like the market has grown up a lot in the last two years or so. The sector is no longer waiting for the next big thing to happen, we are just getting on with enhancing our own reputation and that of the sector and the opportunities are regularly presenting themselves,” he said.

The Government of India is reportedly considering a pool mechanism for its national agricultural insurance program to limit money flowing...