The California Earthquake Authority (CEA) saw a surge in the number of earthquake insurance policies bought in July, which it believes was driven by the magnitude 6.4 and 7.1 quakes that impacted the town of Ridgecrest and the surrounding region last month. 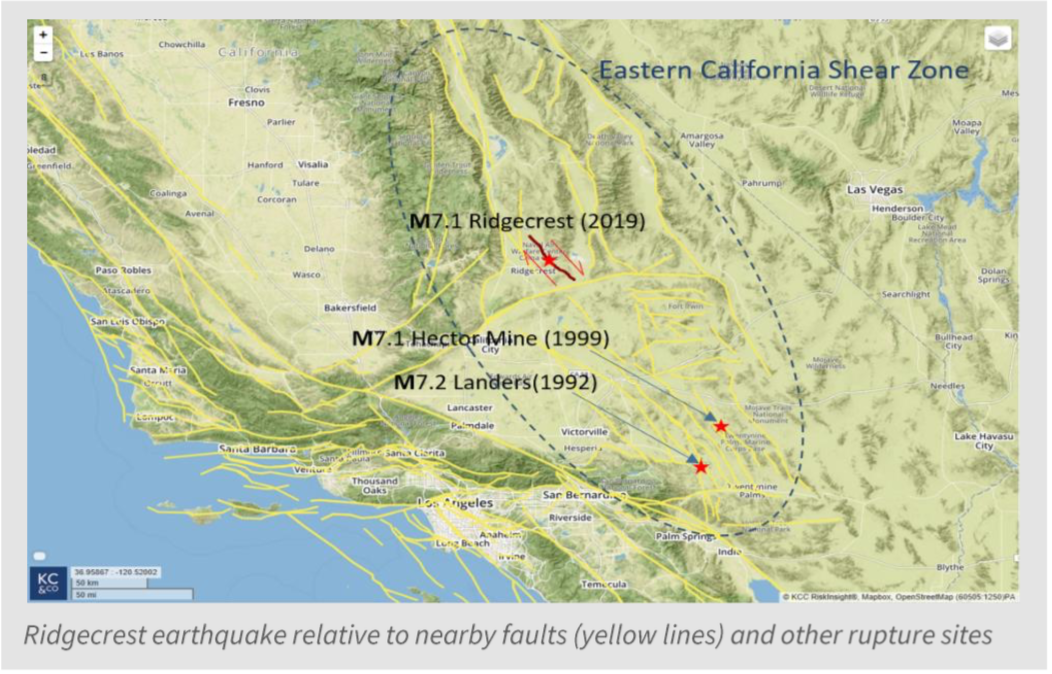 The CEA gained 23,861 earthquake insurance policies in July, which was the second-largest monthly net increase in the Authority’s 23-year history.

For comparison, the CEA gained a total of 6,289 policies for the first six months of 2019 combined, taking into account new purchases as well as renewed policies.

“But when they do, they’re a powerful reminder that earthquakes can happen at any time, anywhere in California, and that we need to get better prepared to recover,” he continued.

“If the Ridgecrest earthquakes had occurred under a more densely populated area, such as Los Angeles, the outcome could have been a lot worse for California.”

Assessment of the damage caused by the Ridgecrest quakes is still ongoing, but the CEA believes it has about 2,000 policyholders in the areas who are likely to have experienced strong to severe shaking.

As of August 26, the Authority had received reports of 462 damage claims from its participating residential insurance companies.

“We observed some damage in Ridgecrest and Trona—cracked walls, damage to mobilehomes, fallen chimneys and some fire damage—but not as much as we might expect for earthquakes of these magnitudes, one of which was the strongest earthquake in California in 20 years,” said CEA Chief Mitigation Officer Janiele Maffei.

“Certainly, the residents who were most affected will be recovering for some time,” she added, “but it was fortunate that many of the homes in the Ridgecrest area were newer, not on raised foundations, and not as likely to suffer the type of damage that older, unretrofitted houses might.”

Analysts at Karen Clark & Company previously estimated that the Ridgecrest quakes are likely to have caused economic losses of around $200 million, of which just $40 million is expected to be covered by re/insurers.