The attacks launched against major Saudi Arabian oil facilities on Saturday will have a significant impact on the appetite and pricing of re/insurers with political risk (PRI) and political violence (PV) business, according to Rupert Morgan, Executive Director of Credit and Political Risks at Gallagher. 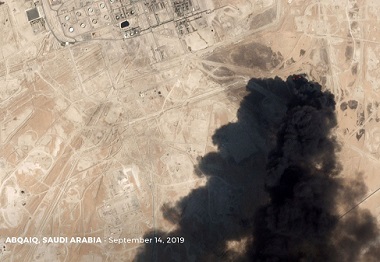 The drone and cruise missile attack took out roughly half of the country’s oil production, and oil prices spiked by 20% immediately following the incident.

Yemen’s Houthi rebels immediately claimed responsibility for the attack, but the US alleges to have information tying the attacks to Iran. Tehran has denied any involvement.

“I understand that our Crisis Management team which places PV cover – essentially terrorism plus war – has seen heightened interest in the product as a direct result of this situation,” Morgan stated in response to the attacks.

He added: “That said, rather than capitalise on buyer nervousness, the insurance markets are likely to maintain a watching brief – much like the rest of us.”

Aramco, the state-run oil giant that runs the targeted oil processing facility, said that production of 5.7 million barrels of crude oil was suspended by the attack, representing about 6% of the total global oil supply.

The company did not give any timetable on how long the production could be stalled, although the expectation is that Saudi Arabia could ease any short-term shortage in oil markets by producing more light, low-sulfur crude oil that requires less processing.

Analysts from rating agency Moody’s also offered some comments on the anticipated credit impact of the attacks, which they said were unlikely to have a lasting long-term effect.

“While the drone attacks on key Saudi Arabian’s oil facilities is a credit negative and the production disruption is significant, we do not expect this to leave a long-lasting impact on Saudi Aramco’s financial profile given its robust balance sheet and strong liquidity buffers,” said Rehan Akbar, a Moody’s vice president.

“This event however highlights the credit linkages the company has to Saudi Arabia both in terms of geographic concentration and more importantly exposure to geopolitical risk,” he added.

Steve Wood, Managing Director at Moody’s, also stated: “The attack on Saudi Arabian’s oil facilities highlights the role of geopolitical risk on oil prices, which will likely reflect a risk premium even after Saudi production resumes.”

“Higher oil prices will help producers and hurt refiners in the very near term, but the longer term effect on energy companies will depend on the timing and magnitude of Saudi Aramco’s lower production,” he concluded.