Scarcity of large cats in LatAm helped insurers while pricing under pressure: AM Best

A new report from AM Best says that the low number of large-severity catastrophe events in Latin America over the last three years has helped reinsurers in the region, even while pricing and claims costs are under pressure due to high inflation. 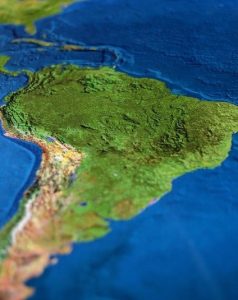 The firm said in its report, Limited Claims Activity Amid Inflationary Pressures for Latin America Reinsurers, that several markets within the region are vulnerable to numerous cat events in both magnitude and frequency. It singled out the countries of Mexico, Guatemala, Costa Rica, Ecuador, Chile, and Peru in this regard. But the dearth of large-scale events in recent years has not resulted in major losses, which AM Best says questions the need for market hardening.

It said that the region’s insurance markets began hardening at the onset of the pandemic, but reinsurers have not seen major losses from catastrophes since. Still, reinsurers have adjusted their product offerings by raising deductibles, narrowing coverages, and pressing for exclusions as they try to expand net profits by retaining more risks. At the same time, most of the region’s large insurers have been expanding their risk appetites given positive results and redundant reserves.

Eli Sanchez, associate director at AM Best, said: “Now that the market hardening is diminishing, some global reinsurers have followed the mandate of their parents to limit or exit their business in Latin America, pressured by a more conservative risk appetite that is less focused on cat-prone areas, or to target their capital in regions that justify price increases. These conditions have opened opportunities for domestic reinsurers looking to fill the gaps left by global reinsurers, though a slowdown in hardening conditions should be viewed with some caution in markets that can incur catastrophe-related losses quickly.”

Despite the favourable atmosphere from years without large events, AM Best said that inflation is still impacting on pricing and claims costs while currency depreciation is constant across the continent.

AM Best wrote: “Although most contracts are in US dollars, a decline in purchasing power owing to higher prices could continue to soften renewals for primary insurers. Rising interest rates could help improve net income if portfolio durations allow, depending on asset-liability management.”

The report makes extensive reference to the high levels of inflation that are pressuring the world with reference to Brazil.

It said: “Inflation is particularly high in Brazil at approximately 12% and continues to fuel loss costs. Net premiums grew significantly, by 16%, with premium retention rising to 48%. For domestic Brazilian reinsurers, surplus growth and the retention of profitable business remain key.”

It added: “The 42% jump in investment income over 2020 was not enough to offset the underwriting losses that have been incurred the past two years. Net premium retention and the increase in underwriting losses resulted in a double-digit decline in surplus in the domestic industry, down 12% in 2021, in Brazilian reais. This decline becomes even more significant when converted to US dollars: 18%.”

However, there are some positives to the Brazilian market.

Guilherme Monteiro Simoes, senior financial analyst at AM Best, said: “Pricing remains favourable, with the help of the hard global reinsurance market and inflation, and despite the Central Bank of Brazil’s hawkish interest rate hikes, these have not been enough to generate profitable results for the industry. In a year of presidential elections aggravated by global instability, reinsurance groups in Brazil will likely find attracting capital from investors and increase capacity difficult.”