Zurich Assurance has signed a longevity hedge swap with Skanska Construction Services Trustee covering £300 million of liabilities, with Mercer acting as lead advisor to the trustee on the deal. 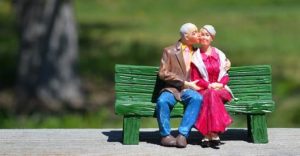 75% of the longevity hedge was reinsured by SCOR, with Zurich retaining the rest.

Jim Sykes, Chief Executive Officer (CEO) of Zurich Assurance, said; “There has never been more uncertainty about the direction of travel for mortality rates.

“Despite recent reports suggesting life expectancy is not improving as quickly as had previously been envisaged, we are continuing to see strong demand from smaller-sized pension schemes who want to cost-effectively manage liabilities arising from longevity risk.

“With more than £1.5billion of transactions completed in the last 18 months, we’re expecting demand to continue growing, and look forward to meeting the market’s needs in this area.”

The hedge, structured as a “whole of life” insurance policy, will protect against risk of rising costs due to the current pensioners insured with the fund living longer than anticipated – the hedge covers around 1,000 named pensioners and future dependants.

The transaction represents the sixth deal Zurich has agreed to help small firms transfer longevity risk in the last year and a half, taking the total pension liabilities traded to nearly £1.5 billion.

Harvey Francis, the Chairman of the Trustee, said; “The Trustee is pleased to take this opportunity to hedge longevity risk for its pensioners and their dependents. This transaction helps to improve the security of benefits for all members by removing the uncertainty of future costs to the Fund arising from existing pensioners living longer than forecast.

Suthan Rajagopalan, lead transaction adviser and Head of Longevity Reinsurance at Mercer, added; “These deals pave the way to competitive longevity reinsurance pricing for small and medium-sized schemes which are more exposed to so-called “concentration risk” where there is potential for greater variability in members’ life expectancy due to diverse pension amounts.

“Mercer’s co-ordination of the project culminated in immediate reinsurance by Zurich with SCOR to minimise the longevity risk transfer cost for the Trustees.”